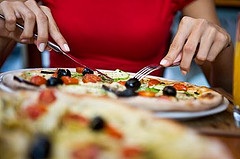 The heart-healthy Mediterranean diet is not actually a diet – at least, not in the Celebrity-Endorsed, Bestseller-List, Miracle-Weight-Loss, Before-and-After-Photos, Dr. Oz-Featured, Fad Diet sense of the word ‘diet’.

For those growing up with the traditional diet of Greece, adult life expectancy was among the highest in the world and rates of coronary heart disease, certain cancers, and other diet-related chronic diseases were among the lowest. Working in the fields or kitchen resulted in a lifestyle that included regular physical activity and low rates of obesity.

Researchers have revealed that studies among the elderly in Greece, Denmark, Australia, Spain and China showed that the traditional Greek diet seemed more important for longevity than any single nutrient was.(1)

hese findings, from a review of close to 200 studies, are published in the April 13, 2009 issue of the Archives of Internal Medicine.
“We found strong evidence that a ‘Western’ diet—which is high in processed meats, red meats, butter, eggs, refined grains, and high-fat dairy products—is associated with an increased risk of CAD, so we could say [to patients]: ‘You should consume less of those types of foods and gravitate more toward a “prudent” diet or a Mediterranean diet, which are both high in fruits and vegetables, legumes, whole grains, and fish,’ ” senior author Dr Sonia Anand (McMaster University, H

Dr. Sonia Anand of McMaster University in Hamilton, Ontario recently published a review of almost 200 separate research studies done on the Mediterranean Diet in The Archives of Internal Medicine. She said:

“We found strong evidence that a ‘Western’ diet—high in processed and red meats, refined grains, and high-fat dairy products—is associated with an increased risk of coronary artery disease. We should be saying to our patients: ‘You should consume less of those types of foods and gravitate more toward a Mediterranean diet!’ “

What makes this Mediterranean/traditional Greek diet so good for our hearts?

It’s been associated with a lower level of oxidized low-density lipoprotein (LDL) cholesterol — the ‘bad’ cholesterol that’s more likely to build up fatty plaque deposits in our arteries. The healthy fats in this diet (nuts and olive/canola oils) contain a type of omega-3 fatty acid. Fish — another source of omega-3 fatty acids — is eaten frequently in the Mediterranean diet. Omega-3 fatty acids lower triglycerides and may also improve the health of our coronary arteries. The Mediterranean diet discourages saturated fats and hydrogenated oils (trans-fatty acids), both of which may contribute to heart disease.

Here’s how to get started on that traditional Greek/Mediterranean heart-smart diet: 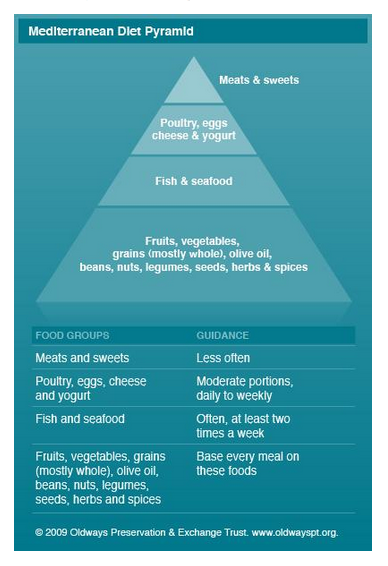 NEWS UPDATE, March 8, 2011:  More Good News for the Mediterranean Diet: People eating a Mediterranean diet are less likely to end up with metabolic syndrome, considered a precursor to Type 2 diabetes, according to a comprehensive analysis in the Journal of the American College of Cardiology.

4 thoughts on “Mediterranean Diet: it’s all Greek to me” 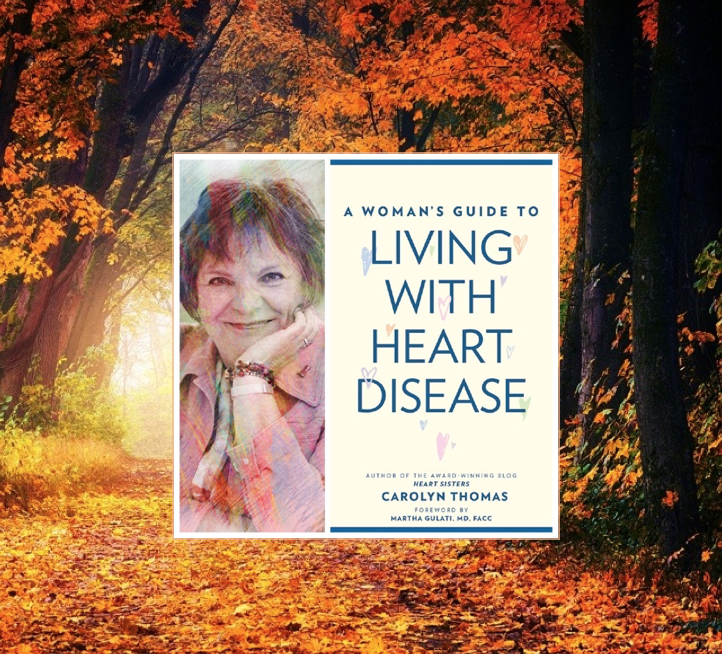