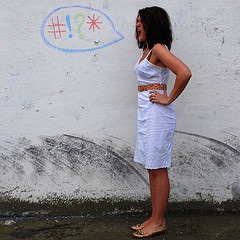 Lately, I’ve been nostalgically contemplating two classic books.  The first is a children’s story I used to read to my kidlets when they were little.

You may know it: Judith Viorst‘s wonderful book,  Alexander and the Terrible, Horrible, No Good, Very Bad Day, in which poor little Alexander has one of those days when everything goes from very bad to much worse as the hours go by.

To this day, my now-grown children will sometimes phone me and wail:

The second book I’ve been reading is Harold Kushner’s 1981 book When Bad Things Happen To Good People, which is recommended to patients and families facing death and bereavement at the Hospice where I’ve worked since 2000. Rabbi Kushner wrote this book after the death of his 14-year old son. It’s a useful guide for those desperately trying to make sense out of life events that make no sense at all.

The “Why?” question can easily morph into the “Why me?” question, inviting an avalanche of self-pity, isolation, anger and depression, especially for those of us with a diagnosis of heart disease.

Over the years working in hospice palliative care, I’ve seen teenage girls dying of ovarian cancer, mums in their 30s leaving behind toddlers and distraught husbands, non-smoking marathoners dying of lung cancer, parents outliving their young children, and so many other examples of ‘bad things happening to good people’ – so many, in fact, that we are rarely able to look at any one death or family situation as being more or less tragic than another.

That crazy-making question “Why? Why? Why?” can sometimes be addressed as Zen Buddhists would say: “What is, is…”

Oprah Winfrey once interviewed a woman who had had both arms and both legs amputated (and several important organs removed) due to her catastrophic diagnosis of flesh-eating disease. (Note to self: don’t ever whine about anything ever again after watching this cheerful survivor interviewed! )

When I survived my heart attack, I felt stunned and overwhelmed at first.  I spent a considerable amount of my early recuperation just trying to wrap my brain around the “Why? Why? Why?” of my diagnosis, mostly of course because our family and friends were asking this same question, too. “Why did this happen?” is a common response to a serious health crisis.

What can I do for myself, right now, today, next week, next month, next year?

Some days, juggling symptoms of Inoperable Coronary Microvascular Disease, I may not be physically capable of much at all, but other days I can move mountains (metaphorically, of course).

What can I do pro-actively so that I stop viewing myself as the “poor me-ain’t it awful-cranky victim” that is such a seductive place to park when I’m feeling ill and sorry for myself?

In Judith Viorst’s story, little Alexander’s woes seemed catastrophic to him, albeit minor compared to the kind of things that adults would consider horrible:

“Alexander knew it was going to be a terrible day when he woke up with gum in this hair.

And it got worse…

His best friend deserted him. There was no dessert in his lunch bag. And, on top of all that, there were lima beans for dinner and kissing on TV!”

But at the end of the story, his mother does not fluff the bad parts away magically or try to compensate by providing a happy ending to his day.  Instead, she wisely tells Alexander:

For another take on the importance of having a ‘happy place’ to go when you’re having a terrible, horrible, no-good, very bad day, read this charming essay from This Old Heart.

4 thoughts on “When you’re having a terrible, horrible, no good, very bad day”