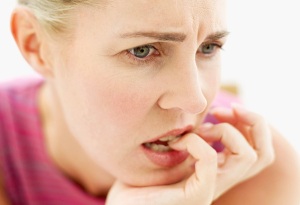 It’s distressingly common in cardiac circles to run into people who don’t have heart disease, but who are very certain that they do. When I first heard some of their stories, I suspected that these people are being misdiagnosed, but the reality may instead be that there’s no heart disease here at all.

This scenario came up recently with a woman with few if any cardiac symptoms, no definitive test results, and very little reason for believing she might have a heart condition. Yet she was so utterly convinced a heart attack was imminent that she described feeling like a “ticking time bomb”. A fellow heart attack survivor, far braver than I, suggested to this woman that she might be experiencing a phenomenon called catastrophizing.

Trauma therapist John Flanagan of Oregon helps to define this:

“Catastrophizing can take many forms. It can be reading too much into what or how a doctor tells us about an illness. Essentially, catastrophizing is making assumptions about what’s going on based on very limited or circumstantial evidence. It is assuming a more dire conclusion than we have adequate evidence to support. And it is having an emotional reaction proportional to that dire conclusion.”

With catastrophic thinking, these women are not in real danger, even though the fight or flight response is activating as their minds scan for all possible dangers or events that might be threatening.

“Even though the catastrophic thinker can often recognize these thoughts as irrational, she might find it very difficult to keep them from occurring repeatedly. This kind of phobic thinking can mean that the anxious person inadvertently trains her mind to develop fears of perceived dangers.”

Mental health professionals sometimes compare this phenomenon to attention-seeking behaviour. Experts at the UK Workplace Bullying project, for example, explain it in this way:

“A person who has low levels of self-esteem and self-confidence may consequently feel insecure; to counter these feelings of insecurity, they might spend a large proportion of their lives creating crisis situations in which they become the centre of attention.”

Another possible explanation for cardiophobia/cardiac anxiety syndrome comes from the psychological theory of the crisis-prone personality. According to the academic textbook Cognitive-Behavioral Strategies in Crisis Intervention, psychologists Gina Fusco and Arthur Freeman write that the crisis-prone person finds simply “waking in the morning and having to cope with life’s daily events is fraught with potential crises and the resulting angst.”  These people tend to seek if not revel in drama, become worked up over small problems, and tend to see themselves as the center of their all-too-frenetic universes.

John Flanagan draws this distinction between a crisis and a catastrophe:

John tells his own story of the day that he went to his doctor complaining of an unusual rash.  His doctor was unable to immediately diagnose the cause of the rash, but John was ultimately told that test results suggested a rare but mild auto-immune disorder. He explains:

“The rash was a concern. The doctor’s inability to diagnose it was a crisis. But my own sense that I was going to actually die from it was catastrophizing. In this example, there was no actual catastrophe.”

Another 39 year-old woman from San Francisco is also catastrophizing when she describes her own cardiophobia or cardiac anxiety syndrome.

“I suffer from not only severe cardiophobia myself, but I also have what I call projected cardiophobia.

“Not only do I have severe panic attacks worrying over my own heart health, but I also worry for my boyfriend. I project my anxiety onto him, and am always afraid that he is going to have a heart attack, too.”

Living like this can feel truly miserable. Yet years of NOT dying, or of NOT having a heart attack as feared do not necessarily reassure the person who is catastrophizing. No amount of reassurance or normal diagnostic tests or simply continuing to be alive are enough to be convinced.

Cardiophobia, according to Dr. Georg Eifert, is defined as an anxiety disorder characterized by repeated complaints of chest pain, heart palpitations, and other somatic sensations accompanied by fears of having a heart attack and of dying. He explained in the journal Behavioral Research Therapy that those with cardiophobia tend to:

He adds that in order to reduce anxiety, they “seek continuous reassurance, make excessive use of medical facilities, and avoid activities believed to elicit symptoms”.

Heart sisters, this is just about the point at which my own miserably unsympathetic Smaller Self kicks in, wanting to quote my dear friend Marlline, who likes to say things like: “Suck it up, Buttercup!”

Those who insist on wasting limited medical resources in search of a high-drama diagnosis that will never come make it so much harder for those of us who actually are ill to be taken seriously by the medical profession.

Instead, we are then lumped in with the cardiophobes of the world, dismissed and sent home in mid-heart attack, as I and many other female heart attack survivors have experienced.

This is an extremely serious issue.

We do know that female heart patients are typically under-diagnosed and then under-treated even when appropriately diagnosed compared to men. Women under the age of 55, in fact, are seven times more likely than men to be misdiagnosed.

Many of these women in mid-heart attack are regularly and tragically misdiagnosed with anxiety or panic attacks, whose symptoms can mimic actual heart attack symptoms. See also: When Your Doctor Mislabels You as an “Anxious Female”

One wonders how many catastrophizing cardiophobes my exhausted and burned out E.R. doctor ran into before I arrived at his door – and before he sent me home with an acid reflux misdiagnosis, just another over-reacting middle aged woman with heartburn making a big fuss over nothing?

Ironically, people under the age of 50 who have been diagnosed with panic attacks, a type of anxiety disorder, can develop a greater risk of subsequently developing heart disease or suffering a heart attack than the normal population, according to 2010 research published in the European Heart Journal. This is not surprising, given what we now know about the damaging effect of stress hormones like cortisol and adrenaline on the delicate endothelial cells lining our coronary arteries. Catastrophizing cardiophobes may be actually able to create the very cardiac crisis they fear – unless they seek mental health treatment well in advance. They could wait until that heart attack happens, or they could seek help instead to mange their anxiety.

So why are we human beings tempted to cripple ourselves emotionally by catastrophizing? John Flanagan’s theory is that we catastrophize for a variety of different reasons at various times:

Sometimes, adds John Flanagan,  our tendency to catastrophize about certain things can be a useful tool to teach us about ourselves:

“Just like any other symptom, its character may stem from our original trauma and therefore may shed light on what that trauma was and how it impacted us.”

1. Stop and acknowledge what you feel: I’m scared, annoyed, lonely…

2. Question your thinking: ask yourself, is this really the worst thing?

If you still struggle, please seek a therapist trained in Cognitive Behavioral Therapy to help you.