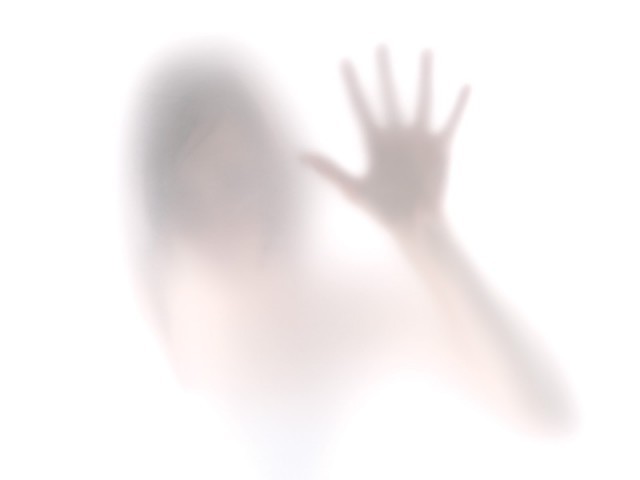 In Dr. Wayne Sotile’s very useful book for all freshly-diagnosed heart patients called Thriving With Heart Disease, he nails the description of what he calls the patient’s “homecoming blues“.  It’s that need to adjust from being cared for 24/7 in hospital following a cardiac event to suddenly being booted out the door and sent back home. For example:

“You’re now home from the hospital, and you’re expected to surf a bewildering wave of emotions, anxieties and procedures.

“Moving very slowly, bouts of depression, weeping, social withdrawal or obsessive anxiety about dying – these are all normal during the early stages of heart disease.”

Normal or not, I found “obsessive anxiety about dying” to be an extremely unpleasant way to live in the days following my own heart attack.

For example, I became convinced that I would likely have another terrifying heart attack – but this time fatal, and while I slept.

I manifested my conviction in this way: every single night, before brushing my teeth and falling exhausted into bed, I tidied every square inch of my home.  I cleaned counters and swept floors, scrubbed the toilet, emptied recycling bins – all to make the place sparkle in case the paramedics (or worse, my grown children) had to come in and discover my corpse next day. Every night, I was unconsciously preparing for my death. The upside of obsessive anxiety: the apartment had never looked so good.

Yet this kind of anxious ruminating can often morph into a chronic and exhausting state of hypervigilance, as we discussed at length here last week. And even successfully surviving weeks, months or years without dying as planned yet may not prove that death is not after all imminent. Not only is hypervigilance not conducive to feeling happy, productive or “like my old self”, but it can actually be harmful for our overall future health.

Even staying alive may not reassure us, as every new sudden twinge or frightening symptom can make us pause and wonder: “Is this something? Is it nothing? Should I call 911?”

In the early days, weeks and months following my heart attack, I continued to experience this as what I called a “cold, low-grade terror” – day after day after day.  See also: The New Country Called Heart Disease

In his book Emotional Survival for Law Enforcement, Dr. Gilmartin addresses issues like hypervigilance among those who work in the field.(1)  In police work, he explains, officers must learn to perceive the world as potentially hazardous in order to survive the streets.

Heart patients don’t patrol the streets, but we do share many of the characteristics that can also lead to hypervigilance.  For example:

Dr. Gilmartin addresses some of the ways that hypervigilance can be addressed.

This starts with a basic dilemma: whether the individual identifies with being a victim or with being a survivor. The difference is:

The “poor me” victim mentality can be deliciously seductive for heart patients, especially when we recall LBCE (Life Before our Cardiac Event) and all that we’ve lost since then.  We may recall how we used to take good health for granted. We may recall that we never needed to take pills and rarely had to visit a doctor. We may recall our former characteristics like motivation, enthusiasm or idealism, and we mourn their loss.

But Dr. Gilmartin suggests that, in reality, personality qualities like motivation, enthusiasm and idealism are already in our control all along. He also maintains that addressing hypervigilance is not so much about turning off what has happened to us, but turning on something different – specifically, those other parts of life that provide balance and perspective.

It’s also about being able to see how we can over-identify with a current role – which can significantly under-identify other existing life roles that provide this balance.

In police work, for example, he describes officers who, in response to the question “Who are you?” will reply:

This, he suggests, is an example of over-identification with just one specific role – a response that often goes hand-in-hand with under-identification of other important roles.  Consider the difference between that and a more balanced reply, such as:

Now consider as well how the question “Who are you?” can be asked of those living with heart disease or other chronic illness diagnoses. Would you answer such a query like this?

“I am a mother/daughter/wife/sister/friend/colleague/tennis player/quilter/pasta maker/gardener/_____ (fill in the blank!) who happens to have been diagnosed with heart disease.”

When you answer with the first response, something pervasively dangerous can begin to happen. If you hate the role of being a patient and yet at the same time define yourself primarily in that role, this can perpetuate a self-destructive cycle of hypervigilance.

Dr. Gilmartin’s book chapter called How To Become an Emotional Survivor doesn’t simply advise “Don’t Worry, Be Happy” as an antidote to the survivor/victim dilemma. Instead, his following useful steps are equally applicable to those living with a chronic illness diagnosis:

I identified with those police officers! My daughter Larissa (who lives two blocks away, and coincidentally first introduced me to Dr. Gilmartin’s book recently as part of her work as a probation officer) often calls to ask if I’d like to walk downtown to meet her after work so we can walk home together. I used to automatically think No, I’ll likely be too tired at that time of day . . .  But she keeps asking. And one day, it struck me that I’m going to feel tired anyway – whether I spend a lovely hour catching up with my daughter or not. So I might as well say YES and feel “tired, but a lot better.”

Also on that last point, Dr. Gilmartin writes that many victims actively resist the concept of aggressively taking a sense of responsibility for and control of their day-to-day physical activity:

“A sustained physical fitness program will not be found in the day-to-day life of an individual who views the world as a victim and who doesn’t have proactive and disciplined time management.

“The very act of engaging in physical fitness means you’re taking control and responsibility for your time and actions each day.”

Survivors may appear to finish in last place, but that’s because they are usually running a different race.

Q:  How have you been able to change “obsessive anxiety about dying” into a healthier survivorship model?

The “loss of self” in chronic illness is what really hurts

Looking for meaning in a meaningless diagnosis

Cardiac care for the whole patient – not just the heart

9 thoughts on “Are you a victim or a survivor?”

BOOK SALE! Save 20% using the code HTWN when you order my book directly from Johns Hopkins University Press