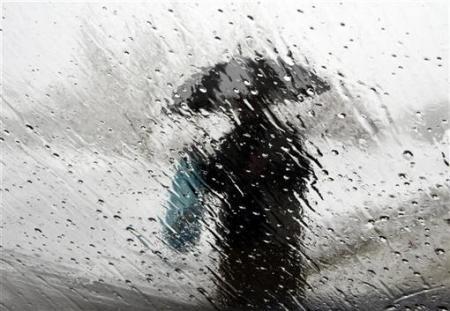 I can vividly remember those early days and weeks at home after surviving a heart attack, especially that cold creeping anxiety around how I “should” be feeling. I had just survived what many do not: what doctors still call the “widow maker“ heart attack. (By the way, note the gender semantics there, please: doctors are not, after all, calling this the “widower maker”).

I was now resting comfortably, both of my darling kidlets had flown back home to be with their Mum, our home was filled with flowers, get-well cards and casseroles delivered by the daily line-up of concerned friends, family, neighbours and co-workers.

So why was I feeling so bleak inside, and even worse, now feeling guilty for all that bleakness?

Shouldn’t I be deliriously happy and thankful now because I was alive, because I was so lucky to live near world-class cardiac care, because I had such a strong social support network of family and friends around to fuss over me?

Why was I so frighteningly tearful over every twinge I felt in my chest? Why was it becoming almost impossible to concentrate or to participate in conversations or to even drag my sorry ass out of bed every morning? Why had I simply stopped caring, day after day after day, about how I looked or how I smelled? Why was I no longer interested in, well . . . anything?

Ironically, being surrounded by so much love and attention actually made me feel even more broken: with all this caring, how dare I feel anything but a good patient’s appropriately cheerful dose of gratitude? Why couldn’t I just will myself to snap out of it?

It turns out, however, that what I was experiencing is actually remarkably common among heart patients. When I was at Mayo Clinic five months later, I was shocked to learn there that up to 65% of heart patients experience depression, yet fewer than 10% are appropriately identified.

The type of depression that occurs so frequently after a serious health crisis like a cardiac diagnosis is often known as “situational depression” or “stress response syndrome”.  It’s what mental health professionals call an adjustment disorder that can strike within weeks following a traumatic life event as we struggle to make sense of something that makes no sense. The good news is that, unlike clinical depression, it’s typically temporary and treatable.

But before I was discharged from hospital after my heart attack, not one person in the CCU (the hospital’s intensive care unit for heart patients) had warned me of the reality of these mental health statistics. Not one doctor, not one nurse, not one janitor had said even one word to me about this predicable problem.

Wil Wheaton (a Los Angeles actor/writer/audiobook narrator who has lived with anxiety and chronic depression since childhood) once shared with a conference audience his go-to list of small steps that have worked to help ease his own depression episodes:

”   Depression is beating up on us already, and we don’t need to help it out. Give yourself permission to acknowledge that you’re feeling terrible (or bad, or whatever it is you are feeling), and then do a little thing, just one single thing, that you probably don’t feel like doing, and I PROMISE you it will help. Some of those things are:

“Finally, please trust me and know that this awful, overwhelming, terrible way you feel IS NOT FOREVER. It will get better. It always gets better. You are not alone in this fight, and you are okay.”

It’s important for cardiologists to talk openly and early to their heart patients about this common companion of heart disease if they expect us to be able to follow basic instructions, quit smoking, exercise, take their new cardiac meds as prescribed, eat a heart-healthy diet, manage a healthy weight, or make other lifestyle improvements to stay healthy.

People who are depressed are often simply unable to follow any instructions.

Unfortunately, many heart specialists may not have the time or the expertise to address depression, according to cardiologist Dr. Sharonne Hayes, founder of the Mayo Women’s Heart Clinic:

“Cardiologists may not be comfortable with ‘touchy-feely’ stuff. They want to treat lipids and chest pain. And most are not trained to cope with mental health issues.”

The closest most cardiologists may come to identifying a bona fide mental health issue in their patients is through the common term “pump head”.  The New England Journal of Medicine, for example, documented the frequency and persistence of mental deterioration following coronary artery bypass surgery – dubbed pump head. This deterioration includes symptoms like mental sluggishness, personality changes and memory problems – not surprisingly, also the symptoms of clinical depression.

But in his column called “Don’t Be So Sure It’s Pump Head“, cardiologist Dr. Richard Fogoros warns:

“It seems very likely that patients who actually have depression will be written off as having pump head. This would be a big mistake for two reasons. First, depression (unlike pump head) is treatable. Second, in cardiac patients, depression can be lethal if untreated. Thus, mistaking depression for pump head can be a fatal mistake.

“Cardiologists are not trying to cause harm when they fail to diagnose depression – they just don’t see it. They are focused, by their natures, on a completely different aspect of reality.

“The very nature of cardiologists is to embrace the concrete, the mechanistic, the object that can be analyzed, broken down into parts and assemblies, and held in the hand and examined, component by component. The heart, being essentially a sophisticated pump, is thus inherently attractive to the cardiologist, an object worthy of one’s entire career.”

Failing to take the known risk of depression seriously in these heart patients can have devastating consequences, as Dr. Fogoros warns. A study published in the European Journal of Cardiovascular Nursing on depression in women with coronary artery disease found that 74% of women diagnosed with post-cardiac event depression still had impaired physical and social functioning one year after their heart attack.(1)

That impairment also meant that overall recovery, independence and quality of life was also impacted.

Depression is very common among those diagnosed with heart failure, affecting up to 40% of all such patients. As described at the 2015 European Society of Cardiology conference, depression as a direct result of simply hearing this diagnosis (“Your heart is failing!“)  is associated with:

So wouldn’t it just make sense for physicians to address these common depression symptoms instead of labeling such people “non-compliant“ because they aren’t following doctor’s orders or bouncing back the way they should?

But depression in heart patients has “flown under the radar for far too long”, concluded the nursing study author, Dr. Colleen Norris. She added that doctors must look for symptoms of depression in all patients who are undergoing treatment for heart problems, but particularly in women.

We also know that the age of a heart patient may be an important factor here.(2) For example, Dr. Susmita Mallik of Emory University School of Medicine reported in the Archives of Internal Medicine that younger women diagnosed with heart disease before the age of 60 are three times more likely to become depressed than male heart patients. Dr. Mallik observed:

“   Depression should not be considered a normal reaction after a heart attack. Both doctors and patients should be aware that depression is an important risk factor for adverse outcomes for cardiac event survivors.”

Sometimes a depressed mood can be severe and accompanied by other symptoms (including withdrawal from activities, not responding when visiting with family and friends, increased negative thoughts and tearfulness – pretty well the textbook description of my own symptoms!) that persist every day for more than three weeks running. That’s when it’s time for heart patients to seek immediate help.

But I knew nothing about this kind of information at the time.

When those unexpected feelings of depression struck following my heart attack, I felt horribly overwhelmed, frightened and confused – and certainly too ashamed to tell anybody in my family. They’d already gone through so much because of my cardiac event; I couldn’t put any more on their plates.

Dr. Stephen Parker (a cardiac psychologist in Alaska and – more importantly – a heart attack survivor himself) describes what he calls the “swirling emotions” he experienced after surviving a heart attack:

“Relief at survival — disbelief and anger that it happened — grief for everything that has and will be lost — gratitude to those who helped — extreme vulnerability in a previously safe world — fear of what the future might bring.

“A heart attack is a deeply wounding event, and it is a wound that takes a long time to recover from, whatever the treatment.”

When I was asked to review the book Your Personal Guide: Angioplasty by cardiologist Dr. Allen Jeremias, I was dismayed to find virtually nothing on mental health issues.  Despite the fact that one of the book’s co-authors, Dr. Susan Bartell, is herself a psychologist, the psychosocial impact of being diagnosed with heart disease is virtually ignored here. How is that even possible?

In fact, I could find only one fleeting reference to this debilitating fallout common among so many heart patients, and that one reference is buried in a single paragraph in the “What About Sex?” section about halfway through the book.

It’s time to start paying attention to the real-life emotional, mental and psychological trauma embodied in the whole person sitting across from you.

I wrote more about situational depression associated with heart disease in Chapter 6 of my book, “A Woman’s Guide to Living with Heart Disease” . You can ask for it at your local library or favourite bookshop, or order it online (paperback, hardcover or e-book) at Amazon, or order it directly from my publisher Johns Hopkins University Press (and use their code HTWN to save 30% off the list price when you order).

“I’m Not Depressed!” – And Other Ways We Deny the Stigma of Mental Illness

Depressed? Who, me? Myths and facts about depression after a heart attack

How To Be a “Good” Patient

Is It Post-Heart Attack Depression – or Just Feeling Sad?

When Grief Morphs Into Depression: Five Tips for Coping With Heart Disease

Q: Did you experience depression after your cardiac event?

42 thoughts on “When are cardiologists going to start talking about depression?”