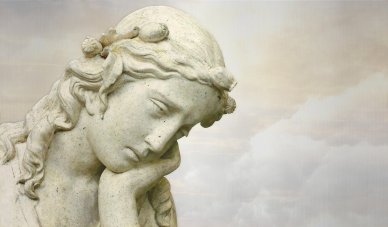 “Don’t go to work when you feel sick!   Stay home if you have symptoms!”

This sounds like plain old common sense advice when it comes from public health experts during a pandemic. Most people, however, WILL go to work sick if they don’t have employee benefits like paid sick leave. And among healthcare staff, we know that even those lucky enough to have a good benefit package will often go to work when they’re ill.  Here’s why: .     .           .

Many researchers have examined this. One interesting study of hundreds of healthcare professionals working in a large Pennsylvania hospital found that, although 95% of the respondents believed that working while sick would put their patients and colleagues at risk, more than 80% of them reported doing so at least once during the previous year.(1)  Over half had gone into work despite being sick 2-4 times that year, and one in ten reported working with severe symptoms more than five times during the previous year.

Coming in to work even when you know you’re too ill to perform well is called presenteeism. It’s the opposite of absenteeism, which means choosing to stay home from work (yes, occasionally even when feeling fine!)

Employers tend to worry about absenteeism far more than presenteeism.(2)  But as Kim Siddall wrote in Benefits Canada last year:

“Presenteeism is insidious. It can be difficult to measure or plan for. And it’s more disruptive than absenteeism, because it can lead to resentment from team members who are picking up the slack. But some experts clock the cost of presenteeism at three times the cost of absenteeism.”

Presenteeism is on the rise, which suggests that more people are feeling compelled to go to work sick. A UK survey 10 years ago found that about one quarter of employers had observed their staff showing up at work despite being obviously ill. But the most recent survey suggests that over 85% of employers are now seeing  this.

“Presenteeism is driven in part by an increased ‘always-on’ culture, and it poses a genuine threat to overall organizational performance through the adverse impact on productivity and morale in the workplace.”

If you’ve ever dragged your sickly self to the office when you knew you should have been home in bed, you already know how feeling sick can affect the quality of the work you are able to do.

So, given their keen awareness of the medical risks to other people if they went to work sick, why did these healthcare professionals do it?

Their primary reasons for working while sick included:

In fact, even in workplace settings where a generous sick relief policy was already well established, many respondents admitted that they feel reluctant to use it.

“Many respondents, especially physicians, perceived that increasing production pressures pushed them to work while sick. They explained that the realities of clinic scheduling (appointments made months in advance, patients traveling from far away to receive care, or needing to achieve volume quotas) made taking sick leave nearly impossible.

“Many also suggested that, despite their belief that working while sick is risky, they found working was easier than staying home owing to the numerous logistic challenges associated with taking sick leave.”

The Pennsylvania respondents recalled criticism from their clinical colleagues about those who do take sick leave, stories of working (or seeing others work) while “so ill that they needed intravenous hydration”, and the general impression of an unspoken understanding that physicians and other healthcare professionals should “buck up” and go back to work, even with severe symptoms.

Many of the physicians studied described working while sick to be part of their professional identity (e.g. stating simply, “physicians do not take days off”) or that calling in sick was “unprofessional”.

Dr. Szymczak’s study also found minimal differences between the physician and non-physician responses, suggesting that non-physician healthcare professionals “may have absorbed many of the same behaviours and social norms related to working sick, as have physicians”.

We’re in the throes of a longterm global pandemic right now, despite the sweeping claims about the “success” of COVID-19 containment (even as hospitalization and death rates continue to spike once again in many regions). We’re seeing uninformed politicians insisting they know more than expert scientists who have devoted their entire careers to the study of infectious viral diseases.

And we are also seeing the devastating effects on vulnerable populations that can occur when healthcare professionals go to work sick.

Here in Canada and elsewhere, we’re seeing what happens when staff at longterm care residences for seniors go to work despite COVID-19 symptoms, and worse – when they continue to work at more than one facility, thus helping to spread the virus among vulnerable seniors living at other venues, too. The common practice of allowing multiple work sites wasn’t banned until mid-April in Canada. Longterm care residents represent 81% of all reported COVID-19 deaths in Canada so far, many of those linked with inadequate staffing, echoing the Pennsylvania study’s findings that “not wanting to let colleagues and patients down” can make calling in sick almost impossible.

The lessons learned by the Pennsylvania researchers’ about how to address this issue of presenteeism in health care were published in pre-COVID19 days, yet they sound familiar to us now.

“Given that frequent exposures to infectious diseases are a pervasive occupational hazard for healthcare workers, realistic and clearly defined sick leave policies and infection control measures (duty reassignments, telehealth arrangements, and mask use for symptomatic staff) must be developed to minimize the risk that infectious pathogens are transmitted between healthcare workers, or from healthcare workers to their patients.

“These policies must take into account the reality that many physicians and other healthcare professionals may feel compelled to work with infectious symptoms because of the factors identified in this study.”

As she concluded, this is a complicated reality to address, given that so many of the people studied reported feeling “concerned with not appearing weak in front of colleagues” if they stayed home when sick:

“These systemic, logistic, and cultural factors combine to create a climate in which many healthcare professionals perceived that they have no choice but to work while sick despite recognizing that this choice puts patients at risk.”

Q:  Is coming to work despite severe symptoms a bigger problem for society than calling in sick when you’re not?

NOTE FROM CAROLYN:   I wrote much more why we try to ignore serious symptoms in my book, A Woman’s Guide to Living with Heart Disease . You can ask for it at your favourite bookshop, or order it online (paperback, hardcover or e-book) at Amazon, or order it directly from my publisher, Johns Hopkins University Press (SUMMER BOOK SALE! Use their code HSUM when you order to save 40% off the list price).

– How to tell if you’re as indispensable as you think

–Scope creep: when NO means maybe, and maybe means YES

– When you ignore pain because you’re used to it

– Are you a priority in your own life?