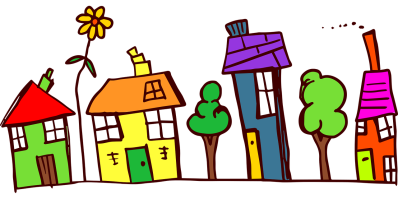 I feel like I should put a warning alongside this post, because it’s about something we don’t want to talk or even think about. We live in a death-denying society. I know this, because I spent many years working in hospice palliative care. For example, even a woman being admitted to our 17-bed in-patient unit one day seemed shocked by the brochures in her room. She told us that the words ‘end-of-life care’ on the brochure cover should be immediately removed, because those words meant the dreaded D-word that she’d been denying.   .      .

I’ve been thinking a lot about the D-word lately, because of the recent sudden death of my ex-husband.

Directly because of this experience, I decided to update my own will. I don’t want my children to ever experience again what I’m watching them go through right now.

So I’ve added additional information to my will to help my executor and my family have an easier time getting through it all, from detailed contacts to specific pension info and where I store my passwords – anything I could add to help reduce their stress someday.

After this update, I’ll start on writing my own obituary for them. (Okay, kids, you can edit that one if you like – but my draft may help to limit those “What year did _____ happen?” moments for you).

Making a will is the most considerate gift you will ever give to your family, unless for some reason you prefer the government to decide who gets what if you fail to make a will.

Based on results, lots of us apparently do prefer that unattractive option. A 2018 Angus Reid Institute survey found that over half of Canadians do not have a will prepared, while only one-third have a will that is up-to-date. You can tell when your will is out-of-date, by the way, if your will still names the proposed legal guardians of your pre-schoolers – who by now are adults.

These realities, as Winnipeg lawyer Lillian MacKenzie told a CTV interviewer, could leave your family in a bind:

“I think people don’t like dealing with their mortality. But dying without an updated will means that your property will be distributed based on a government-mandated formula, and that could mean that important people in your life would be left with nothing.”

Even more troubling, that survey reported that women are far less likely than men to have a will in place, and nearly twice as likely to blame the legal costs of preparing a will as the main reason that they don’t.

But where I live (and in many other places), you don’t need a lawyer to prepare a straightforward, legally valid will  – unless you have a huge estate or complicated bequests.

Even writing your final wishes on a paper napkin represents a valid will if you sign it in front of two witnesses who then add their own signatures to the same napkin. In fact, in March of this year, a will written by hand on a McDonald’s napkin was declared legally valid by a Canadian judge (Gust v. Langan, 2020) – even though one of the children of the deceased contested the napkin will because her Dad had misspelled her name.

A will is a private document, but you can share copies of it as widely as you wish, whenever you wish. The dramatic “reading of the will” scene in front of a hushed family that we watch in old movies apparently happens only rarely anymore.

Where I live, the provincial Vital Statistics Agency maintains the Wills Registry in British Columbia. I can officially register my will either online or by mailing it to them along with my $17 cheque (a fee that has not increased in several years, I just noticed).

I don’t need to send that office a copy of my will. I just let them know that I have one, as well as the location where that will can be found after my death.

But even if I don’t register with the Vital Statistics office, my will is still valid as long as my family and/or executor know where to find a copy someday.

Here’s an important reminder:  if nobody can find the will, it’s exactly the same as having NO WILL, as many people unfortunately learn to their great dismay when they find out that the _________ (fill in the blank) that has always been “promised” to them isn’t ever coming to them after all BECAUSE THERE IS NO WRITTEN EVIDENCE OF THAT PROMISE.

So if you have always promised that a certain person will one day inherit the _________ (fill in the blank) after you die, then for God’s sake, write your instructions down on a paper napkin (or even better, on an actual will form you can order online or at any office supply store) and get two people to date and witness your signature.

That’s why I’m also giving each of my grown children, as my two main beneficiaries, a copy of that updated will. There will be no surprises in my very straightforward and modest estate.

If you haven’t named an executor yet, please do that today, too.  That’s the person whose important role will be to make sure that your wishes are followed as outlined in your will. Anybody can be named an executor, but if possible, ask somebody you trust to do this job who will not be left emotionally distraught by the news of your death. Then just to be on the safe side, give that person a copy of your new will (and any future updated wills) long before you die.

Those who refuse to do any of this will preparation (because nobody likes thinking or talking about death, blahblahblah. . . ) are essentially forcing their own family members to do the important work later that they can’t be bothered doing right now.

Another example of doing the right thing long before you need to  is called Advance Care Planning. Putting this plan in writing  allows you to have a say in the health care treatments or procedures that you do or don’t want to receive if you’re too sick to speak for yourself one day.

For any person living with a chronic and progressive illness like heart disease, this kind of thinking ahead is as or even more important to your family than making a will.  More on this topic in next Sunday’s blog. . .

Preparing both a will and an Advance Care Plan represents a wealth of personal choices that only you get to make. If you’re a heart patient, make a decision today to prepare both for the sake of those you care about.

Q:  What motivated you to make your own will?

NOTE FROM CAROLYN:  I wrote more about how marriage can affect our cardiac health in my book A Woman’s Guide to Living with Heart Disease, (Johns Hopkins University Press, 2017). You can save 20% off the book’s cover price if you order it directly from Johns Hopkins University Press (use their code HTWN). Or ask for it at your local library, your favourite independent bookshop, or order it online (paperback, hardcover or e-book) at Amazon.

–The dilemma of the death certificate

–The myth of the heart disease cure

–Denial and its deadly role in surviving a heart attack

14 thoughts on “Being of sound mind: it’s time to update your will”