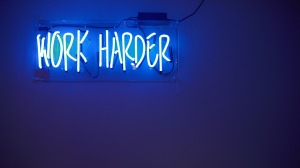 In a classic understatement, U.K. researchers Drs. Michael Kelly and Mary Barker observed that “most efforts to change health behaviours have had limited success.”(1)

No kidding. Right now, even as you read this, academic researchers are applying for (and getting) grant funding to study smokers who don’t quit, couch potatoes who don’t get off the couch, or heart patients who stop taking their cardiac meds. I’m betting my next squirt of nitro spray that these studies will no doubt conclude that, yes indeed, those people DO need to change their behaviours, and “further study is required”.    .     .

You would think that having had a cardiac diagnosis would be all the motivation anybody would need to quit smoking, or take their pills, or say NO to Tim Hortons maple dips. And you might also think that all freshly diagnosed heart patients would listen carefully to their doctors’ advice on changing unhealthy behaviours. For some people, a wake-up call like a serious cardiac event is indeed a powerful motivator to change.

Yet behaviour scientists continue to report that most efforts to convince heart patients to embrace cardioprotective lifestyle changes are generally pretty dismal.(2)

Consider the results of the PURE study for example, published in the Journal of the American Medical Association. Researchers in 17 countries followed over 7,500 patients diagnosed with cardiovascular disease, and here’s what they learned:

When Kelly and Barker looked at research findings like the PURE study, they bluntly concluded that “the extensive body of evidence of how to bring about behaviour change is consistently ignored because policy makers are seeking simple non-scientific answers to complex problems.”

Their paper in the journal Public Health lists six common errors that can get in the way of even the most well-meaning health-related behaviour change attempt:

The advice-giver’s argument here is that it’s obvious what needs to be done, so just get on with it. But if healthier behaviour choices were only about making simple changes, then we’d all be making them already. Consider also eminently common-sensical – yet dismally failed – public health campaigns,  like Just Say No to Drugs.

Error #2. “It’s all about getting the message across”

This approach argues that if we could only come up with the correct message with just the right words, then everybody would change when they hear that brilliant message. It’s what scientists call the “stimulus-response” model of behaviour (“I hear the message, and I immediately respond to it”). Might work well with lab rats, but not so much with humans. And when messages do work (as they have done during massive national quit-smoking public health campaigns, for example), they are part of a sophisticated multi-level strategy  of broad, consistent policy messages over many years.

Behavioural scientists warn against believing that information from an expert source is a driver of behaviour change. The traditional medical hierarchy models of the doctor–patient relationship imply that patients have an information deficit and doctors will remedy this deficiency. But just look at the struggles around communicating precautionary public health information during the pandemic!  Another example: new diet fads.  Personally, I’ve been on a diet (or going off my diet, or going back on a diet) since age 13.  I don’t need more information about losing weight. I know how to lose weight (because I’ve been losing – and gaining it back – for years) and have been a Lifetime Member of Weight Watchers since 1977. But we also know that most diets fail, not because people haven’t yet bought Mark Hyman’s latest diet book, but because, as Kelly and Barker explain, knowledge and information alone do NOT drive behaviour.

If they did, mirrors and bathroom scales would be all we ever need.

NOTE:  Please read “Women’s Heart Disease: an Awareness Campaign Fail?“  for a shocking example of how years of awareness-raising of women’s heart health has not only failed to raise awareness, but women’s awareness has actually declined over the past decade.

This mistake starts with the assumption that if you tell us WHY we need to change, rational people will change. (“Smoking is very, very bad for you, so just quit!”)  But the Public Health paper suggests that things like smoking, eating, drinking and the amount of physical activity people do are also ingrained in people’s everyday lives in their routines and habits. Imagine what it’s like to try to quit smoking, for example, if you’re surrounded by family or colleagues who are still smokers. Research into unconscious food choices has also exposed how many of our decisions involve very little rational thought at all. Humans, say Kelly and Barker, can “respond to environmental and social cues in a way that requires very little conscious engagement.”

Here’s a paradox: it’s not true that we always act rationally, but the opposite is not true either. We’re not always irrational. Kelly and Barker warn that it’s arrogant to assume people consume alcohol, chocolate, or junk food because they are simply behaving stupidly. They also cite research on women living in poverty who have still found money to buy cigarettes.(3)  When asked why, the women said that sitting down for a smoke was the one opportunity in the day they had a chance to do something completely for themselves. In this context, smoking was not an irrational thing to do. Humans know what they’re doing, and they can account for their choices in meaningful ways which make complete sense to them – even when they make little sense to others.  It is important not to dismiss the explanations people give for something they do or don’t do just because medical evidence dictates that this ‘something’ carries a health risk, and especially if you’re the one who’s been telling them to change (because policing decisions you don’t approve of may mean they’ll stop telling you the truth).

Error #6: “It is possible to predict accurately”

The Public Health paper suggests that public health policy is often driven by a naïve desire to predict things (“If we can raise their awareness, people will change for the better”) – rather than to understand what led to the things happening in the first place.  Kelly and Barker point out differences between individual behavior choices and group behaviour patterns in society. While we can describe patterns in great detail, they say, we don’t have “sharp-edged tools with which to tackle health inequalities, the obesity epidemic or rising alcohol consumption rates.”

Some suggestions that might work instead from Kelly and Barker include the following:

1. The nudge: Many of our behaviours are driven by automatic responses requiring little brain engagement, often triggered by our environment (like those chocolate bars staring at you in the grocery checkout line). The ‘nudge’ refers to making small changes in the physical or social environment that make specific behaviours more likely. I need to do this all the time. Two of my own longterm small nudges that seem to work for me:

2. Evolution of social practice: When my Dad decided to quit smoking in 1951, his friends immediately asked him if he were sick. In that era, real men smoked, and glamorous women smoked. My parents, like all of their friends, kept a cigarette box, a lighter and ashtrays in the living room for visiting company. The only way that this golden age of tobacco acceptance changed, according to Kelly and Barker, was when smoking stopped being primarily defined as a glamorous or manly social practice, and became defined not only as a serious health problem, but downright disgusting. It took decades for this social change to happen. Behaviour change was involved, but only as one part of a multi-part approach, and as Kelly and Barker claim: “We will need similarly comprehensive and robust approaches to deal with alcohol misuse or the consequences of physical inactivity – not facile and simplistic platitudes.”

3.  Approach goals, not avoidance goals:  Behavioural scientists tell us that framing any goal with an approach message (moving you toward a particular objective) is almost always more successful than an avoidance message (moving away from what you don’t want).4   As I wrote here, an avoidance goal (“Do this to lower your numbers so you won’t have another heart attack”) is far less effective than an approach goal (“Do this so you’ll feel good and sleep better!”)

Q: What has helped most to motivate you to change an unhealthy behaviour?

I’ve been busy this week cuddling my new grandson Zachary, so this post is based on one originally published on Heart Sisters in July 2018.

NOTE FROM CAROLYN:   I wrote more about how heart patients respond to change in my book, “A Woman’s Guide to Living with Heart Disease” , published by Johns Hopkins University Press.  You can ask for it at your local library or favourite bookshop, or order it online (paperback, hardcover or e-book) at Amazon, or order it directly from my publisher (use their code HTWN to save 20% off the list price of my book)

-For healthcare professionals who are sincerely interested in learning more about the frustrating mysteries of motivating behaviour change, read about  Minimally Disruptive Medicine as described by Mayo Clinic’s Dr. Victor Montori (author of the equally profound little book “Why We Revolt“).

–First the Big Change, Then the Big Transition

–Why don’t patients take their meds as prescribed?

–First, There Was Compliance. Then, Adherence. Now, Concordance!

-Do you Fear Change? Then Don’t Have a Heart Attack