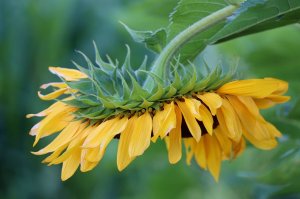 Ed Yong, my favourite Pulitzer Prize-winning science writer over at The Atlantic, wrote recently that, when he first started reporting on the medical phenomenon called “long-COVID” (meaning ongoing debilitating COVID symptoms that continue far longer than eight weeks), few scientists or physicians knew that it existed – and more importantly, many even doubted that it did:

“Some researchers still hesitate to recognize long-COVID if it doesn’t present in certain ways; they’re running studies without listening to patients. Long-haulers are growing frustrated that what is self-evident to them – that their condition is very real and in need of urgent attention – is taking a worrying amount of time to be acknowledged.”

That paragraph beautifully captures what women whose heart attack symptoms were initially dismissed have described as well – that sense of not being listened to during a heart attack that was “very real”.    .     .    .

I have had an intensely personal interest in the topic of cardiac misdiagnosis ever since the spring morning in 2008 when my own textbook heart attack symptoms (central chest pain, nausea, sweating and pain down my left arm) were misdiagnosed. “YOU are in the right demographic for acid reflux!” was the Emergency physician’s cheerful pronouncement.

Not listening to patients is arguably the first step to misdiagnosis.  For example:

♥  The stats on women’s cardiac misdiagnoses compared to our male counterparts are grim. U.K. cardiologist Dr. Christopher Gale described his 2018 study of nearly 600,000 heart attack patients followed over the course of nine years:(1)

“This research clearly shows that women are at a higher risk of being misdiagnosed following a heart attack than men.”

♥  The team of 12 female cardiologists and researchers who wrote Focused Cardiovascular Care for Women published in the journal Mayo Clinic Proceedings in 2016 warned their physician colleagues that simply recognizing that women are in fact at significant risk of heart disease can avoid reflexively blaming women’s cardiac symptoms on non-cardiac causes, adding:(2)

“The public health cost of misdiagnosed or undiagnosed cardiac disease in women is significant.”

♥  A 2018 study published in the journal Women’s Health Issues reported that when transporting women with cardiac symptoms to the hospital via ambulance, first responders were significantly less likely to use flashing lights and sirens compared to when men were in the ambulance.(3)

♥  After my 2008 WomenHeart Science & Leadership training at Mayo Clinic, I began to get speaking invitations from medical conference organizers, part of the early wave of Patients Included participation events. But having a patient presenter onstage was new to some docs in those days. When I was invited to speak at my first medical conference, one physician flat out asked:

I could go on all day like this about women’s experience of not being listened to – but I digress. Let’s get back to long-COVID. . .

In his latest Atlantic article, Ed Yong described the early reluctance of the medical and research communities to take long-COVID seriously (something I frequently observed myself last year: several skeptical physicians on Twitter openly mocked the notion of long-COVID). Yong found that many physicians unfamiliar with this condition were offering unhelpful or even dangerous advice – like recommending hurtful exercise regimes, or insisting that dizziness was caused by earwax build-up:

“The common wisdom was that people infected with the COVID-19 corona virus mostly get mild symptoms that resolve after two weeks. And yet, thousands of long-haulers had already been debilitated by months of extreme fatigue, brain fog, breathing difficulties, and other relentless, rolling problems. More than a year later, the biomedical community has begun to identify long-COVID patients as long-COVID patients.”

Yong also cited a historical review published in January 2021 in the journal Social Science & Medicine(4). Authors Felicity Callard and Elisa Perego are both long-haulers themselves (that term came from Amy Watson, founder of the  Facebook group ‘Long-Haul Covid Fighters’, a name inspired by the trucker hat the Oregon preschool teacher wore on the day she tested positive for COVID). Her early symptoms in March 2020 were relatively mild for the first month, but began to get steadily worse after that. Her fever has lasted for months.

The urgent demand from Callard and Perego is that “in a global health crisis, we need contributions made by those with a wide ranges of expertise – including, crucially, patients”, adding:

“Long-COVID has a strong claim to be the first illness created through patients finding one another on Twitter:  it moved from patients, through various media, to formal clinical and policy channels in just a few months. Patient knowledge needs to be incorporated into how COVID-19 is conceptualized, researched and treated.”

I learned from reading this journal paper how Ed Yong himself helped to expand awareness of this uncounted and overlooked group of patients (some not sick enough to be hospitalized, but still facing months of suffering that could turn into years of disability). In early June 2020, Yong published a compelling article in The Atlantic called  “COVID-19 Can Last for Several Months“.  Over one million people read the online version in the first 60 days.

But I also learned from the Callard/Perego paper that the patient narratives coming from long-haulers were barely on the radar of academic researchers churning out COVID publications in medical journals. Busy scientists published well over 100,000 articles about the coronavirus pandemic last year alone.  Dr. Anthony Fauci himself referred to long-COVID patient narratives as anecdotal. A month after Ed Yong’s June article was published, Dr. Fauci told a CNN news interviewer:(5) “If you look anecdotally, there is no question that there are a number of individuals who have a post-viral syndrome. These are people who recovered that really do not get back to normal.”

Perhaps that reality explains why it’s taken so long for their distressing symptoms to be taken seriously (or as Yong described the bleedin’ obvious: “for docs to begin to identify long-COVID patients as long-COVID patients”).  We know that the history of women’s health care is rooted in a history of gender bias. Don’t get me started. Instead, just read Maya Dusenbery’s book, Doing Harm.

Conversely, as one of my astute Heart Sisters blog readers observed, men having a heart attack do not have to beg to be believed.

Why are women significantly more likely to develop long-COVID compared to men? Although we’ve seen that the most severely ill COVID patients on ventilators have tended to be older men, most long-haulers are women around 40 years of age with few if any pre-existing medical conditions. One possible theory suggests that, although men may be more likely to end up in the ICU than women, women may have a harder time recovering. This might also be because women mount a stronger immune response to the coronavirus than men, which could somehow lead to a condition similar to an autoimmune disease.  Emerging theories are being discussed.

COVID long-haulers can often share the debilitating characteristics of Chronic Fatigue Syndrome (CFS), an autoimmune disorder known clinically as myalgic encephalomyelitis.  And like COVID long-haulers, women with CFS roughly outnumber men four to one.  Some of my readers who live with CFS, by the way, have recently reported feeling weirdly optimistic, cautiously hopeful that their long-dismissed condition may one day soon attract the serious research efforts that they deserve – thanks to the COVID long-hauler pioneers.

In 2016, the American Heart Association issued its first ever Scientific Statement on acute myocardial infarction in females, essentially warning that women’s heart attacks are more likely to be under-diagnosed – and then under-treated even when appropriately diagnosed – compared to our male counterparts.(6)  I don’t know which part of that statement upset me most back then:  its troubling conclusions, or the fact that this had been the first time in the organization’s 92-year history that the AHA had even produced a scientific statement on women and heart attacks. At that time, I had been writing and speaking about the same issues for years while participating in online support communities along with thousands of women like me sharing similar lived experiences of surviving our heart attacks.  So who had the AHA been listening to for those 92 years?

I hope for the sake of thousands of suffering COVID long-haulers out there that physicians and researchers won’t take years to start listening to these patients, and more importantly, will believe what they are telling them.

And as Ed Yong warned:

“Without understanding the lingering illness that some COVID patients experience, we can’t understand the pandemic.”

Q:  Is it just a coincidence that women’s symptoms are generally taken less seriously than men’s?

NOTE FROM CAROLYN:   I wrote much more about differences between how male and female heart patients are researched, diagnosed and treated in my book, “A Woman’s Guide to Living with Heart Disease” . You can ask for it at your local bookshop, or order it online (paperback, hardcover or e-book) at Amazon, or order it directly from Johns Hopkins University Press – their current BOOK SALE ends September 7, 2021: use the code HLAB to save 30% off the list price when you order; after that date, you can still save 20% with the code HTWN).