“I was so surprised to learn during your presentation yesterday that women’s outcomes are often worse than men’s following a heart attack.”

January 2016:   For the first time in its 92-year history, the American Heart Association released a scientific statement on women’s heart attacks, confirming that “compared to men, women tend to be undertreated“, and including this finding: “While the most common heart attack symptom is chest pain or discomfort for both sexes, women are more likely to have atypical symptoms such as shortness of breath, nausea or vomiting, and back or jaw pain.”

When it comes to heart disease, we know that women are not just small men. Yet many of our current diagnostic tests and subsequent treatment decisions are based on decades of cardiac research done on (white, middle-aged) male subjects, or with females  represented in statistically insignificant numbers.

Another striking example: at least 10% of women experience no chest pain during a heart attack.(1) This statistic can vary from about 8 percent to 42 percent depending on the study you’re reading about. Cardiovascular disease is not alone, by the way: scientific research has historically focused on men, with two-thirds of all diseases that affect both men and women studied exclusively in men.

When it comes to describing a cardiac symptom as “typical” or “atypical”, cardiologist Dr. Sharonne Hayes, founder of the Mayo Women’s Heart Clinic, told me that she now prefers to:

“…focus less on symptom DIFFERENCES (which multiple studies suggest are few and can’t be relied upon for diagnosis) and more on symptom RECOGNITION by patients and physicians, which continues to contribute to disparities in outcomes.”

And as Cristina D’Alessandro, a paramedic and co-producer of the must-watch short documentary film (22 minutes) called “A Typical Heart“ likes to ponder:

“Since we make up over half of our population, why do we call women’s heart attack symptoms ‘atypical’?”

Here are some important heart-related differences between men and women:

Women’s vessels may also be programmed for more changes than men’s vessels, which could increase the risk of having problems in the lining of the arteries (endothelium) and the smooth muscles in the walls of the arteries. Women in several studies, including the WISE study, have had evidence of damage to the smooth muscle in the small arteries.  For help in translating complex cardiology terms or abbreviations, please see my jargon-free, patient-friendly glossary.

In addition to changing hormone levels of menstruation and menopause, there are several other risk conditions for blood vessel problems that are unique to women, such as pregnancy complications (e.g. preeclampsia, a condition that I had while pregnant with my first baby). Learn more at Pregnancy Complications Strongly Linked To Heart Disease. Pregnancy complications like preeclampsia, gestational diabetes, full term but low birth-weight baby, miscarriage, etc. have been identified as significant risk factors for heart disease (often decades after the pregnancy).

Yet women (especially younger women) with heart disease are far more likely than men to be misdiagnosed.  Research on cardiac misdiagnoses reported in the New England Journal of Medicine(2) looked at more than 10,000 heart patients (48% women) who had gone to their hospital Emergency Departments with chest pain or other heart attack symptoms. Women in their 50s were seven times more likely to be misdiagnosed than men of the same age. The consequences of this were enormous: being sent away from the hospital doubled the chances of dying.

Cardiologist Dr. Sharonne Hayes adds that the type of heart failure most commonly seen in women — known as heart failure with preserved ejection fraction — is caused by problems when the heart relaxes between beats, leading to elevated blood pressure that can cause the heart to stiffen. “But we don’t have a treatment for it. We need it, because it’s predominantly a female disease.”

ANOTHER IMPORTANT UPDATE: February 2016 – A report called Focused Cardiovascular Care for Women(3) was published in the journal, Mayo Clinic Proceedings, warning that recognizing women are at a significant risk of heart disease is not only important in providing appropriate care, but can avoid reflexively blaming women’s symptoms on non-cardiac causes:

“The medical community in general, and women specifically, lack information on cardiovascular health and disease in women. This ignorance makes it less likely that women will receive guidance on preventing heart disease,  preventive strategies and referral for needed diagnostic testing treatment,  and cardiac rehabilitation.

“The public health cost of misdiagnosed or undiagnosed cardiac disease in women is significant.” 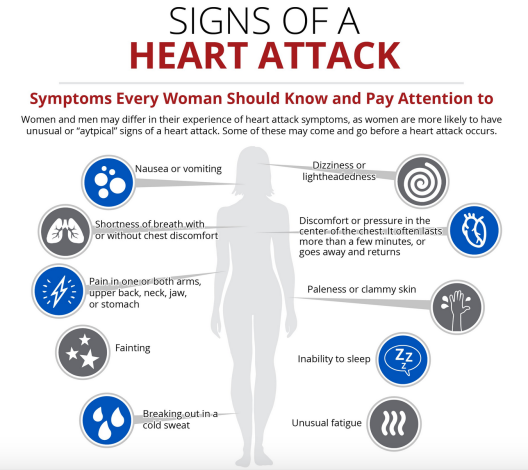 NOTE FROM CAROLYN:  I wrote much more about the cardiac gender gap in my book A Woman’s Guide to Living with Heart Disease (Johns Hopkins University Press, 2017). You can ask for this book at your local bookshop, or order it online (paperback, hardcover or e-book) at Amazon.  If you order it directly from my publisher Johns Hopkins University Press (use their code HTWN) you can save 20% off the list price.

Saying the Word “Misdiagnosis” is Not Doctor-Bashing

Unconscious Bias: Why Women Don’t Get the Same Care Men Do

His and Hers Heart Attacks

How Doctors Discovered That Women Have Heart Disease, Too

Gender Differences in the Treatment of Atrial Fibrillation – by Dr. John Mandrola

Find out why, even though 53% of heart patients are women, only 25% are cardiac research participants.

Confused by cardiology jargon? Visit my 8,000+word patient-friendly, jargon-free glossary of terms you may be hearing or reading about in your medical charts.