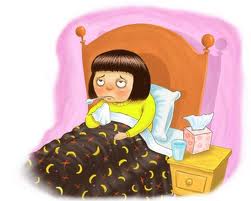 I still remember the day when it all began. I was very sick (don’t remember exactly what the sickness was, because I was only about five years old at the time). But I was sick enough for my mother to call our family physician, Dr. Zaritsky, who came right over to the house to see me.  (Yes, that is how old I am. I actually do remember when family docs made house calls).

Dr. Zaritsky declared that I needed an injection to treat whatever was ailing me, but – horrors! – the injection was to be done by pulling down my pajama bottoms and jabbing me right in the bare bum.

No way was I letting him or anybody else holding a big giant needle get anywhere near my little behind.  I wept. I screamed. I struggled. I tried to run away from him. I think I may have even punched Dr. Zaritsky right in the stomach – until I finally ended up exhausted, sobbing and humiliated, face-down on the chesterfield, essentially calf-roped into submission by two exasperated adults, with our family doctor ultimately sitting on my back (yes! seriously!) and Mom holding down both legs to immobilize me while said treatment was inflicted.

In hindsight, I’m indeed amazed that I actually somehow found it within my (very sick) little 5-year old spunky self to try to fight off a great big doctor (in our home, a man second only to Pope Pius XII in terms of authority).

This powerful act of out-of-character defiance tells me that the seeds of one day becoming an engaged and empowered patient may have been sown very early on.

(Either that, or I was merely an insufferably bratty kid bent on embarrassing my poor beleaguered mother with a full-blown tantrum in front of The Doctor).

This propensity might have run in our feisty family, come to think of it.  I recall being stricken with mortification a decade later as a teenager when I had to take my little sister Bev to her dental appointment after school one day. She pulled a comparable stunt, this time locking herself in the public washroom at the dentist’s office while screeching that she would NEVER come out for her turn in the dental chair.  Where did she get this from?!

When patients like us grow up, we tend to approach our health care in very specific ways. Faced with ongoing medical treatment decisions, many of us prefer to take a more direct and active role in our health care (the so-called “engaged” or “empowered” patient) while other patients feel far more comfortable following the doctor’s lead.

This type of emerging health care relationship is now sometimes called participatory medicine, a model of medical care in which the active role of the patient is emphasized. Not necessarily as active as I was at age five with Dr. Zaritsky – but you get my drift.

Two years ago, Chris Schroeder, CEO of HealthCentral, an organization that runs more than 35 condition-specific and wellness websites, observed:

“Many consumers are taking charge of their health care like never before. They are doing more research before a doctor visit, more closely monitoring their doctor’s recommendations, and consulting with friends and family to validate their decisions.

“To discover more about how consumers feel about their role in managing their health care, HealthCentral and Dr. James Burroughs of the University of Virginia partnered on a unique consumer health and wellness attitude survey.”

Here’s what their survey found:

The middle group (traditional mainstream) shares several characteristics with the empowered group. For example, some of this 50% segment are  influenced by appealing to their need for understanding and desire to be addressed in a direct, straightforward manner as opposed to patronizing communication.

But the third group (traditional resistant) does not share any qualities with the other two groups; Dr. Burroughs’ study suggests that it’s unlikely that appeals of any kind would motivate them to become empowered patients. This could be valuable information for those who promote things like self-tracking technology or tools to help manage chronic illness.

His team also found that those who take a direct role in managing their treatment plan have several traits that the traditionals lack.

For example, empowered patients were more likely to answer YES to these two questions:

These patients, according to Dr. Burroughs, are also “more likely to be  confident in their ability to accomplish almost anything if they decide to do it.”

Personality traits actually seem to play a much stronger role in patient empowerment than education, income or source of health insurance.

The tendency to want to be in the driver’s seat extends to the empowered patient’s relationship with her doctor, says Dr. Burroughs. His survey asked women, for example, if changing doctors was a viable option. Empowered patients were much more likely to find a new physician if they felt their current doctor was not managing their condition well enough.

But the research also found that patients in this empowered group are the most demanding but also the most rewarding. Although they may be more willing to change doctors, once they’ve found a person they can work with, they are more likely to stick with that health care provider.

Dr. Burroughs found that in terms of learning or sharing information online, empowered patients are now leading the way. When assessed on sharing personal experiences or seeking out other patients’ stories, empowered patients are much more likely to be doing both of these things, taking a significantly more active role online than traditional patients do.

From a physician’s perspective, there is considerable angst that this trend towards empowerment may lead to non-compliance – such as refusing to take medication as prescribed by the doctor. But the reality may actually be quite contrary to that assumption. See also: Why Patients Hate the C-Word

Non-compliance (have I mentioned how much I hate that term?) can be a serious health care issue, as you might imagine. When patients refuse or stop taking the medicine or undertaking the therapy that their doctors have prescribed, for example, the consequences might be very serious. Apparently, 20-30% of North American prescriptions are never filled at the pharmacy. Doctors call that primary non-compliance.

The World Health Organization estimates that only 50% of people complete the full course of medication therapy as prescribed, which can put longterm patient health at risk.  Doctors call this secondary non-compliance.

Studies on patient compliance consistently show that there are indeed certain characteristics common to those non-compliant types who don’t follow doctors’ orders – but the results may surprise you.

For example, a Boston University study looked at why patients with high blood pressure stop taking the medications their doctors had prescribed; researchers found that patients who were younger and less active in their treatment decisions were also less likely to follow instructions than their older, more involved peers.

Interestingly, the same study also found that these kinds of patients, when combined with health care professionals who were older, specialists, and physicians (compared with non-physicians) tended to be even less likely to comply with doctor’s orders.

What this study appears to be suggesting is that the less patients are involved in their own meaningful treatment decisions, the more they tend towards not doing what their physicians wish they would do.

I heard an interesting comment recently that helped me to make sense of why so many of us cringe at that term non-compliance. Maybe it will help some doctors, too.

The analogy was this: imagine your financial planner handing you a piece of paper instructing you to set aside 20% of your income in specific investments for your retirement fund, but for many practical (and valid) reasons, you decide against this plan.  Later on, when you show up for your regular portfolio review, your advisor indignantly labels you “non-compliant” because you didn’t follow his advice.

Can you even imagine such a thing happening? No. Me neither.

According to the Society for Participatory Medicine (of which I’m a  member), back in 2008 the National Quality Forum declared patient and family engagement (in which patients are sharing the power and responsibility for treatment decisions with their health care providers) should be one of six national priorities to eradicate disparities, reduce harm and remove waste from health care.

Q:  As a patient, would you describe yourself as 1. empowered, 2. traditional mainstream or 3. traditional resistant?

13 thoughts on “My lowly beginnings as an empowered patient”