A guest post by Karen Friedman MD and Sara Merwin MPH, authors of The Informed Patient: A Complete Guide to a Hospital Stay (Cornell University Press).

Linda was having a busy day: 9 to 5 at the office, and now grocery shopping. But she wasn’t feeling right. She was a little warm and dizzy and felt heart palpitations. She finished shopping and hurried home because she knew something was wrong. But what had her doctor told her? Chew an aspirin if she ever had heart attack symptoms.* Call 911. Linda wasn’t taking any chances: too many people depended on her. She called a friend to meet her in Emergency, grabbed her pill bottles and her printed medical history, and stuck them in her purse.

Linda is savvy. She had symptoms that could have been confused with any number of things, but she made a series of wise decisions: she followed her doctor’s advice, called a friend to help out, and went to the hospital armed with her important records.
END_OF_DOCUMENT_TOKEN_TO_BE_REPLACED

“I was asleep and my symptoms woke me up. I had several simultaneous symptoms, but the first one seemed to be central chest pain. It wasn’t sharp or crushing or burning, more like a dull pressure. The pain radiated down my left arm and up into my neck and jaw. I had cold sweats, and I felt nauseated.”

Researchers tell us that over 90% of us already know that chest pain like Laura’s could be a symptom of what doctors call Acute Myocardial Infarction (AMI – or heart attack) or Acute Coronary Syndrome (any condition brought on by sudden reduced blood flow to the heart muscle).  So it may not surprise you to learn that chest pain is the main reason that over 6 million people rush to the Emergency Departments of North American hospitals each year. These visits also represent a whopping 25% of all hospital admissions – yet 85% of these admissions do NOT turn out to be heart-related at all.  END_OF_DOCUMENT_TOKEN_TO_BE_REPLACED 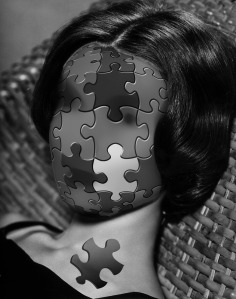 One of the most upsetting things about being misdiagnosed with acid reflux in mid-heart attack was the sense of pervasive humiliation I felt as I was sent home from the Emergency Department that morning. I had just wasted the very valuable time of very busy doctors and nurses working in emergency medicine. I left the hospital feeling apologetic and embarrassed because I had made a big fuss over NOTHING.

And such embarrassment also made me second-guess my own ability to assess when it’s even worth seeking medical help. Worse, feeling embarrassed kept me from returning to Emergency when I continued to be stricken with identical symptoms: central chest pain, nausea, sweating and pain down my left arm. But hey! At least I knew it wasn’t my heart, right?

I now ask those in my women’s heart health presentation audiences to imagine what I would have done had my textbook cardiac symptoms been happening to my daughter Larissa instead of to me. General audience opinion is that I, like most Mums, would have likely been screaming blue murder, insisting on appropriate and timely care for my child. But as U.K. physician Dr. Jonathon Tomlinson pointed out recently, even parents can feel insecure about their own ability to know what is a real medical emergency – and what is not – when it comes to their children. For example:     END_OF_DOCUMENT_TOKEN_TO_BE_REPLACED

News flash! Yet another new cardiac study from yet another group of respected Montréal researchers has been published in yet another medical journal suggesting that (…wait for it!) women receive poorer care during a heart attack compared to our male counterparts.(1)

As my irreverent Mayo Clinic heart sister Laura Haywood-Cory (who survived a heart attack at age 40 caused by Spontaneous Coronary Artery Dissection) once observed in response to a 2011 Heart Sisters post:

“We really don’t need yet another study that basically comes down to: ‘Sucks to be female. Better luck next life!’, do we?”

Well, Laura – apparently we do.  Because those studies just keep on coming.         . END_OF_DOCUMENT_TOKEN_TO_BE_REPLACED

This story has been told for years, and it deserves to be told again. It’s the tale of 49-year old Beatrice Vance, who in July of 2006, arrived in the Vista Medical Center Emergency Room in Lake County, Illinois complaining of chest pain, nausea and shortness of breath.

Despite these textbook heart attack symptoms, Beatrice was not seen immediately by E.R. physicians, but was instead told to sit down in the waiting room.  So she waited.  And she waited.  And by the time the E.R. nurse finally called her name two hours later, Beatrice Vance was slumped in her chair, already dead.

The coroner’s report determined that this heart attack was caused by a blocked coronary artery, and contributing factors were delayed and inadequate treatment.

Much later, in a truly startling decision, a coroner’s jury investigating the Beatrice Vance case didn’t just cite the hospital, but it declared this death a homicide in its ruling against the E.R. physicians and nurses working that night.  END_OF_DOCUMENT_TOKEN_TO_BE_REPLACED 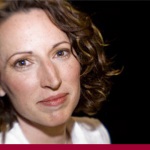 Eliz Greene is a woman who knows what she’s talking about when she describes surviving a heart attack.  She was seven months pregnant with twins when she suffered a massive heart attack. Not only did she survive a ten-minute cardiac arrest, the caesarean delivery of her daughters and open heart surgery –  all on the same day! – she gained  new perspective and passion for life. END_OF_DOCUMENT_TOKEN_TO_BE_REPLACED