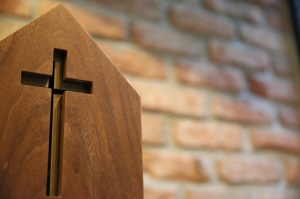 I’ve never met Debra Jarvis, but we’re practically neighbours, separated only by a few measly miles of Pacific Ocean coastline and an international border. She’s a writer, breast cancer survivor, hospital chaplain, and ordained United Church minister from Seattle – a city I can see from the shore here in Victoria. Oh, wait. That’s the city of Port Angeles, Washington. Still, I can see Seattle in the Sarah Palin sense of the word “see” . . .

I first encountered the “Irreverent Reverend” Jarvis watching her poignantly funny presentation at TEDMED 2014.  And like so much in life, when smart people tell good stories, their messages can be meaningful no matter what they’re talking about.

One of my favourite Debra Jarvis stories was delivered to a Seattle church congregation one Sunday morning last spring (it starts at around the 4:10  minute mark on this podcast). Here’s how it goes:

Once upon a time, at the hospital where she was serving as chaplain, Rev. Jarvis was thrilled to run into a patient she hadn’t seen in over a year. This woman was accompanied by her two grown daughters for an annual follow-up appointment, and told Jarvis that she’d just received all of her medical test results back. Happily, every test had revealed what hospital staff describe as NED (“No Evidence of Disease” – (or as some zany health care staff sometimes interpret it: “Not Exactly Dead”).

But despite this great news, within the first two minutes this patient began retelling the whole story of her past diagnosis, surgery, treatment and recovery (although as her chaplain, Jarvis had seen this woman every week for six months and so already knew every detail of her entire story).

Yet the patient was telling her story as if it were happening to her right now, instead of 18 months earlier.

And the minute their mother started in on this story, her two daughters both stood up and said aloud:

After the two daughters had left, Rev. Jarvis looked at this woman, and offered to her this (surprising) advice:

“Get down off your cross!”

I should explain right about now that Jarvis embraces what she calls the “Three C’s” of the hospital chaplain’s code:

Part of the challenge part clearly includes that reference to crucifixion.

Every one of us, Jarvis observes, has likely felt crucified, which she defines as enduring any situation in life that we cannot control, or fix, or explain, or change, or maybe even understand. This could be anything that brings us undue pain including abandonment, betrayal, rejection, being misunderstood, loss, and even a life-threatening illness.

But, there are some people, she warns, who do not want to climb down from that cross.

“Why do we keep identifying ourselves by our wounds?  Cancer survivor, combat survivor, rape survivor, Holocaust survivor, heart attack survivor. . . ”

Is our emphasis on the wound, or on the survival? In the case of the woman in that Seattle hospital, Jarvis explains:

“Staying stuck in her story had served this woman. It had gotten her lots of attention. But now it wasn’t serving her at all. People kept leaving to go get coffee.

“There can be no ‘resurrection’ until we get down off those crosses and let our old selves die, do our own deep inner work and let our spirit heal us.

“Let the old story go – so that a new and truer story is born.

“Let that old self die, so a new and truer self is born.”

She’s quick to point out, by the way, that she is NOT talking about occasional venting or processing of difficult emotions, which each of us absolutely must do once in a while for the sake of our mental health.

Instead, she’s talking about not “feeding your emotions so you stay stuck”.

I can identify with that seductive appeal of stuck-ness. I admit that a number of times since my own heart attack, I too have enjoyed moments of that delicious “Poor Me” rumination. As Rev. Jarvis says, often this can actually feel like it’s serving some purpose at the time – even when it is not. See also: “Get Over Yourself: How To Stop Boring Others With Your Heart Attack Story”

I’ve written here previously about the work of psychologist Dr. Martin Seligman, the author of a book that I love called Learned Optimism. He, like Rev. Jarvis, suggests that staying stuck in complaining actually worsens physical and emotional symptoms by focusing our attention on them. and even adds that remaining stuck may also lower our resistance to illness, increase our chances of heart disease, and even shorten our lives.

Dr. Barbara Keddy agrees, writing on her excellent blog about women and fibromyalgia. Professor Emerita at Dalhousie University (and as of January 2013, also a heart attack survivor), she cites a support group of Toronto women who get together regularly, not to discuss their shared illness, but wellness only.  See also: Do You Think Too Much? How Ruminating Hurts Your Heart

Dr. Keddy, who has lived with the daily symptoms of fibromyalgia for over 40 years, explains:

“Reliving past injuries of a physical or emotional nature only reactivates the nervous system.

“Instead, it is more important to recognize our reactions rather than the specific events related to the trauma.”

To illustrate this seductive inclination to keep feeding emotional trauma (sort of like picking away at old scabs), Rev. Jarvis offers another non-health-related example:  a person who has been unjustifiably fired from her job. Every time this person retells the story of this unfairness, she becomes more resentful and more angry.

And people around her keep leaving to go get coffee…

Finally, some quotable quotes I love from Rev. Debra Jarvis:

* PS: I’d like to modify this one to use on certain people even when I am not on a bus

Q:  Have you experienced a time in your life when you didn’t want to get down from that cross?

35 thoughts on “Feisty advice to patients: “Get down off your cross!””