As you know, I rarely publish guest posts here on Heart Sisters (given that I have a small avalanche of 232 half-done draft articles piling up alarmingly) but I wanted to share this post with you. It’s from the irreverent Laura Haywood-Cory of North Carolina, one of my sister heart attack survivors and yet another graduate of Mayo Clinic’s WomenHeart Science & Leadership Symposium for Women With Heart Disease in Rochester, Minnesota (and more recently, of the Mayo Clinic Social Media Summit there, too!)

Her own dramatic heart story is that of a deadly and rare condition usually seen in young, healthy women with few if any known cardiac risk factors: Spontaneous Coronary Artery Dissection or SCAD. I’m happy to say she has been making a heroic effort to beat this sucker into the ground – just one year after surviving her heart attack, Laura completed the Chapel Hill Ramblin’ Rose Triathlon. She now writes about SCAD, women’s heart health, and life in general on her blog  – from which I have lifted this little gem, with her permission. Laura writes:    END_OF_DOCUMENT_TOKEN_TO_BE_REPLACED

She is a 60-year old heart patient who wryly claims: “Catheter ablation is one of my favorite subjects!” After she underwent this treatment for her atrial fibrillation*, she healed surprisingly slowly, and her distressing episodes of high or irregular heart rate – averaging anywhere from 140-160 beats per minute – “came back full-time”.

She was also warned that these symptoms could last for months. She adds:

“I know how frustrating it is when doctors tell you that ablation is ‘The Answer’ and it turns out not to be.”

Sadly, she is not alone. Last year, cardiac researchers at St. David’s Hospital in Austin, Texas reported striking differences in the outcomes and complications of more than 3,200 women who underwent the cardiac procedure called Atrial Fibrillation Ablation*.  END_OF_DOCUMENT_TOKEN_TO_BE_REPLACED

I just finished reading a truly weird rant on another website, written by a man decrying the “sexism” of our society because all of our male doctors are now focused only on women’s heart disease – while apparently ignoring men completely.

It would surely be the fantasy dream of every woman heart attack survivor if this man were actually telling the truth about all that attention women’s heart disease is allegedly attracting.  The frightening reality instead is that since 1984, more women than men have died each year from heart disease. In fact, the gap between men and women’s cardiac survival continues to widen.

In the interests of enlightening the unconscious among us about All Things Cardiac, I am happy to point out an assortment of gender differences if you find yourself having a heart attack:  END_OF_DOCUMENT_TOKEN_TO_BE_REPLACED 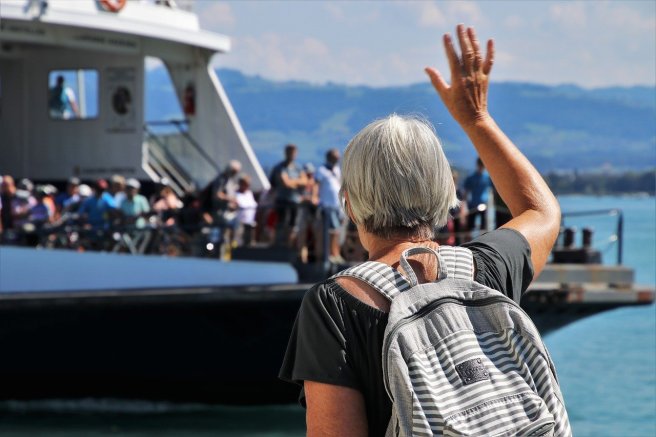 Following my heart attack, my family doctor told me that when she was in medical school, the type of heart attack that I’d had was called a ‘widowmaker‘.

This was apparently because a full blockage like mine in this particular coronary artery was usually fatal, thus making the patient’s wife an instant widow. Please note the gender imbalance: men – the ones who could ‘make’ a ‘widow’  – were considered to be the ones suffering this kind of heart attack. Doctors don’t, for example, call it the widower maker . . .

So I was intrigued to run across this chronological overview on Gender and Cardiovascular Disease showing how since 1970, the medical profession has gradually – and I do mean gradually – wisened up to the reality that heart disease is a woman’s disease, too.  END_OF_DOCUMENT_TOKEN_TO_BE_REPLACED

Only 7% of the world’s cardiologists are women.  Pity.  In these two videos, you’ll get an opportunity to eavesdrop on some of the best of this elite group as they discuss ‘The Heart of a Woman’.

UPDATE FROM CAROLYN: Sadly, neither of these films are still available. Instead, I invite you to watch a remarkable little film called “A Typical Heart“ (about 22 minutes in length), a documentary exploring the deadly disparity between male and female heart disease, through the lens of healthcare professionals, researchers, patients and their families. I was honoured to be one of the eight female heart patients interviewed for this film.