Texas author, artist and book industry journalist Melissa Mia Hall once wrote: “When I need help writing book reviews, my dog Daisy is always eager to lend a paw.” After trying to lift Daisy recently, Melissa felt an odd pain in her chest. She told her editor at Publishers Weekly that she had pulled a muscle. She later emailed a friend:

“Right now really hurting. Hurt my chest/back last night lifting Daisy wrong.  She’s too heavy and I pulled a muscle, I guess. I thought at first I was having a heart attack it was so awful. Tonight I’m really hurting still. Ibuprofen’s not helping much. Using heating pad. It’s been a long painful day and hard to concentrate on much. Why now?  Sigh… xoxo”

Melissa’s pain worsened. She wrote in a second email to her friend:

“This has been the worst day of my life for pain for the past two years, that’s for sure. Thanks for caring! Again, I felt pretty terrible all day, but wrote three book reviews. It was hard, but it distracted me a little from the pain.”

In fact, Melissa was feeling so bad that she promised if the pain didn’t get any better by Friday, she’d go to the doctor. But she never did go. Her friend, author Carolyn Jewel, adds:

“I saw her Thursday when I took food over. She appeared weak and exhausted. A doctor could’ve caught this at an office visit.”

Two days later, on Saturday, January 29th, Melissa Mia Hall was found in her home, dead of a heart attack, and alone except for her beloved Daisy.

“Melissa would be alive today if she’d been able to afford health insurance.” 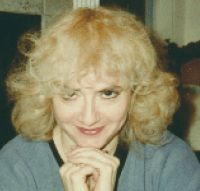 Referring to Melissa as “… simply one of the loveliest of friends”, Jane describes feeling “appalled and devastated by her much-too early death”, which she blamed directly on what she calls “the ghastly health insurance scam we have right now in this country which punishes the poorest amongst us.”

Another friend, Sarah Strohmeyer, echoed this sentiment when she wrote this in The Lipstick Chronicles:

“Diagnosed with glaucoma, Melissa had long stopped taking the expensive medication. She’d given up on new glasses which she also couldn’t afford. And when she contracted strep throat last fall, she begged a doctor to call in a prescription for antibiotics over the phone, which he did – just as he did with the painkillers last week when she thought she’d pulled a muscle.”

But Sarah now believes that if only her friend had been able to afford to see the doctor, he would have suspected more than just a pulled muscle and would have ordered life-saving cardiac tests for her. She quotes Texas lawyer, writer and also one of Melissa’s friends, Laurie Moore, who had written:

“She would have had a huge medical bill that she couldn’t pay, and would probably have lost her house over it, but she would be alive instead of just taking pain pills and dying alone in the night. “

Melissa Mia Hall’s reluctance to see a doctor is tragically common behaviour among Americans who can’t afford health insurance. A Harvard study published in the American Journal of Public Health found more than 44,800 unnecessary deaths annually were associated with lack of medical insurance. One of the Harvard authors concluded:

By all accounts, Melissa was unable to afford health insurance despite being a prolific and full-time self-employed writer. According to Peter Cannon, her Publishers Weekly editor, she’d written hundreds of book reviews for PW, in all different genres. He wrote in Melissa’s eulogy:

“In recent years, ever reliable and diligent, she was reviewing three books a week for me. And she was about to ship out her latest novel to her U.K. editor.  She still had no word from the agent who had her funny mystery, but she was already plotting a sequel just in case. And she was excited about a new blog she’d just launched, devoted to author interviews.”

Her friend Sarah Strohmeyer reminds us that Melissa had a career she loved. She owned a home. She paid her taxes. But as senior economist Dr. Heather Boushey, author of Hardships in America: The Real Story of Working Families, explains:

” We no longer live in a world where having a job means you’re automatically able to make ends meet.”

When Melissa did see a doctor last spring after a bad fall in a parking lot, the unexpected medical bills wiped her out financially, according to her friend Carolyn Jewel:

“She’d injured both ankles and had to borrow crutches from a friend to get around. The ankles never healed properly.”

There are so many tragic aspects of Melissa’s story. First, of course, is the issue of people living in the wealthiest and most powerful nation on earth who simply cannot afford to get sick because they do not have health insurance, or if their insurance co-pay costs are unaffordable.

The news of Melissa’s death ironically coincides with the media launch this week of a major government heart attack awareness campaign aimed at women, called Make The Call – Don’t Miss A Beat. This new campaign encourages us to learn the seven most common heart attack symptoms in women (which include the chest and back pains that Melissa described to her friends, but passed off as just a pulled muscle from trying to lift her dog).

This campaign also urges women to do what Melissa believed she could not afford to do: call 911 at the first sign of potential heart attack.

But it’s not just the cost of the ambulance ride that stops many women. Research shows that women in mid-heart attack are far more likely than men to engage in dangerous“treatment-seeking delay“  behaviours. In fact, the new Make The Call campaign cites a study last year that found only half of women studied said that they would call 911 even if they believed they were having a heart attack, a percentage that’s significantly down from 80% just five years ago. We know that women are significantly more likely than our male counterparts to minimize cardiac symptoms, to self-diagnose, and to deliberately postpone urgent help.   See also: Are you a priority in your own life?

Several writers this week have also commented on the ironic timing of the announcement of Melissa’s tragic death coming during the same week as the Barbara Walters Special: A Matter of Life and Death on ABC television.  Walters, a recent open heart surgery patient herself, interviewed Bill Clinton, David Letterman, Robin Williams, and other (rich, white, male) celebrities – each of whom you can rest assured is well protected by expensive and extensive health care coverage, a peace of mind that Melissa Mia Hall and millions of American working people like her have never had.

In many ways, as a heart attack survivor and an outside observer of these ironies from Canada (aka “Commie-pinko land of socialized medicine for all!“), I think that health care in the United States seems a lot like the traditional caste system of “haves” and “have nots” in India. At one end of the scale, you have the fabulously wealthy heart patient pals of Barbara Walters and their world-class, state-of-the-art concierge medical care, and at the other you have the average, ordinary, tax-paying, working-class person like Melissa dying alone in her home because she believed she couldn’t afford to see the doctor.

NOTE FROM CAROLYN:   I wrote more about women’s treatment-seeking delay behaviour in my book, “A Woman’s Guide to Living with Heart Disease”. You can ask for it at your local bookshop, or order it online (paperback, hardcover or e-book) at Amazon, or order it directly from my publisher, Johns Hopkins University Press (use their code HTWN to save 30% off the list price).

– How Does It Really Feel To Have A Heart Attack? Women Survivors Tell Their Stories

– Why You Should Have Your Heart Attack in Canada

♥    This article ranked as one of the most-read posts on Heart Sisters in 2011.