Two years ago today, I wrote this essay on the morning my mother died: 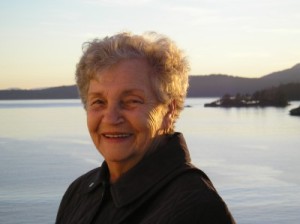 At 5 a.m. this morning, after hearing the news on the phone, I reread the chapter called When Your Mother Dies, in Rona Maynard’s wonderful book, My Mother’s Daughter:

“Baby showers herald the transition to motherhood. Roses, greeting cards and invitations to lunch celebrate mothers every May. Yet, despite our culture’s motherhood mystique, no rituals mark the psychological journey we daughters begin when our mothers die.

“The loss of either parent cuts deep, but mothers shape most women’s lives like no one else. What your mother served for dinner (or didn’t), whom she married (or divorced), the work she chose (or had forced upon her) – things like these tell a daughter what it means to be a woman.

“Whether you model your choices on hers or cringe at the very thought, whether she nurtured or neglected the girl you really were (as opposed to the one she thought you would be), your mother was your North Star.”

My father died at age 62 back in 1983, so my mother’s death also marked the launch into orphanhood for me and my four siblings.  As Christopher Buckley wrote in his memoir, Losing Mum and Pup: when the last of your parents dies, you are an orphan.

“But you also lose the true keeper of your memories, your triumphs, your losses. Your mother is a scrapbook for all your enthusiasms. She is the one who validates and the one who shames, and when she’s gone, you are alone in a terrible way.”

I thought I’d share with you the obituary we drafted for our mother:

“On February 21, 2012, Joan Zaruk died peacefully in St. Catharines in her 84th year. Predeceased in 1983 by her husband, soulmate and favourite dancing partner, Peter. She was very proud of her five children: Carolyn, Catherine, Beverly (Gary), Brian (Donna), and David (Mitzi).

“Joan was ‘Baba’ to 11 loving grandchildren: Ben, Larissa, Conor, Liam, Hailey, Matthew, Allison, Daniel, Celine, Clarissa and Jordan. She was ‘sister’ to Jean, Mary, and brother Tony, and ‘Chucha Joan’ to many nieces and nephews.

“She was ‘Joanie’ to her friends, especially during the years she devoted to volunteering in the kitchen at St. John The Theologian Ukrainian Catholic Church. She inherited her fierce work ethic from immigrant parents on the Manitoba farm where she was born, and then spent a lifetime practising it, including at the Red & White grocery store she and Peter ran on York Street, and for 20 years on their 40-acre fruit farm in Jordan Station.

“Somewhere in heaven today is the aroma of her famous homebaked Chelsea buns and an apple pie or two, a jigsaw puzzle on the go, and the sounds of polka music as she finally gets to once again dance with her beloved Peter.”

12 thoughts on “Can it be two years since my mother’s death?”