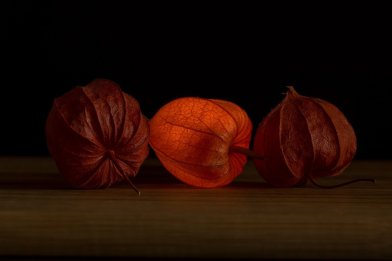 As Bruce Springsteen once sang, “You get used to anything. Sooner or later it just becomes your life.”(1)  Bruce was right. Since being diagnosed with heart disease in 2008, I’ve observed a bizarre and surprising change in my ability to adjust to ongoing cardiac symptoms. My symptoms have not changed. But at some point, I just got better at adjusting to them.

In fact, I suspect that the chest pain which just feels “normal” to me by now would make most other people head straight to the Emergency Department.      .       .

Back in 2008, following the drama of surviving a misdiagnosed heart attack, I was subsequently diagnosed with another cardiac condition (two for the price of one!)  It’s called coronary microvascular disease, a painful and debilitating disorder of the smallest blood vessels feeding the heart muscle – too small to stent, too small to bypass, and a condition far more often seen in women than in men.

Some days are worse than others, and in between I’m able to manage surprisingly well most of the time with the help of my pain specialist and his team at our local hospital’s Regional Pain Clinic. (Coincidentally, he’d already done a one-year post-graduate fellowship in Sweden studying Inoperable Coronary Microvascular Disease before we met). He also referred me to the free Pain Self-Management classes and Health Recovery programs that have profoundly affected my own recovery and quality of life.  Thank you, Canada  🇨🇦 a.k.a. “commie-pinko land of socialized medicine!”

Over time, the difference between cure and recovery has become clearer to me.

There is no cure for cardiovascular disease. Skilled cardiologists can re-open our blocked coronary arteries with stents or bypass grafts, replace our failing heart valves, zap our wonky electrical circuits – but what they cannot do is change what caused our cardiac problems in the first place – in most  cases, decades earlier. See also: The Myth of the Heart Disease Cure

Dr. Wayne Sotile (author of one of my favourite books, Thriving With Heart Disease), lists seven sudden changes commonly observed immediately after a cardiac event. On his list of potential stressors that newbies often face, how many of these ring true for you, too?

These are some of the realities facing freshly-diagnosed heart patients as they face recovery. Meanwhile, an interesting study published by Scandinavian researchers stressed that this process of recovery includes ongoing adjustments to both physical and psychological impairments.(2)

These researchers, led by Dr. Synne Garder Pedersen at the University Hospital of North Norway, saw how a patient’s quality of life can dramatically change following a health crisis (in this particular study, a stroke)  because a serious diagnosis like this affects what they call “a known way of being in the world.”  Here’s what they concluded:

“We found that their quality of life reflected the individuals’ reconstruction of three intertwined and negotiating processes:

Many of my readers have told me how much they have intuitively fought that latter concept of acceptance, by the way. These are often heart patients who are holding out for improvement, and are not yet ready to accept that improvements may not come. They reject the term “the new normal“, because they long to return to exactly the same normal “familiar self” they knew and loved. As one reader wrote:

”     I hate that term. I want my OLD NORMAL back again. I don’t want to have to adapt and adjust to what seems like a stranger’s life, not my own anymore. To give in to this NEW NORMAL would feel like just giving up hope.”

As we might expect, the “unfamiliar self” experience is especially prominent at the time of diagnosis, because that time is so disruptive to our“known way of being in the world”.

Over time, however, although the alarming physical and psychological symptoms we experienced when first diagnosed may still remain, the “high alert” way our nervous systems respond to signals has now somehow adapted as we become more familiar with those signals.We may also repeatedly learn over time that despite episodes of symptoms that feel terrifying (“Is this something? Is it nothing? Should I call 911?!?!”), we are still here. We did not die, no matter how convinced we were at the time that death was imminent.

Researchers like Dr. Kathy Charmaz (author of the useful book Good Days, Bad Days: The Self and Chronic Illness in Time) have spent decades studying what she calls a “loss of self“:

“The loss of self is a fundamental form of suffering in chronically ill persons who observe their former self-images crumbling away without the simultaneous development of equally valued new ones.”

And as the Scandinavian researchers observed, recovery is rarely a linear path, but rather up and down and backwards again. sometimes interrupted by the internal battle between the familiar and unfamiliar self, in an ongoing and interrelated process the researchers call “being, doing, belonging and becoming”.

Q:  Can you relate to that concept of familiar, unfamiliar and recovery of self?

NOTE FROM CAROLYN:  I wrote about adjusting to life as a heart patient in my book, “A Woman’s Guide to Living with Heart Disease“ , published by Johns Hopkins University Press.  You can ask for it at your local library or favourite bookshop, or order it online (paperback, hardcover or e-book) at Amazon, or order it directly from my publisher (use their code HTWN to save 30% off the list price).

–Life Before Diagnosis: Not As Perfect As We Recall?

–The loss of self in chronic illness is what really hurts

-Living with heart disease – and your whole family

-Listen up, ladies: 16 things I’ve been meaning to tell you

-Are you a victim or a survivor?

-When grief morphs into depression

-Living with the “burden of treatment”

-How to be a “good” patient