A number of my readers contacted me recently to make sure I’d seen Gretchen Reynolds’ new Washington Post article  (THANK YOU, dear heart sisters, for thinking of me!)  For those who missed it, I want to revisit some key messages from a tragic story about Gretchen’s friend, Anne – her hiking/mountain biking/distance running (also non-drinking and non-smoking) buddy.  Gretchen described 61-year old Anne as “kind and capable, modest and fit”.  She died suddenly last month.  Anne’s  cause of death, as Gretchen wrote in her regular column in the Post, was “a bolt-of-lightning heart attack” :         .
END_OF_DOCUMENT_TOKEN_TO_BE_REPLACED

I was surprised to learn after surviving my own heart attack that cardiac events like mine may take 20-30 years to actually show up. In other words, I didn’t have a heart attack because I ate a piece of bacon or had a stressful day at work. I had a heart attack because something – likely decades earlier – had damaged the delicate endothelial cells lining my coronary arteries.          .      .  .    .   END_OF_DOCUMENT_TOKEN_TO_BE_REPLACED

When I was about eight months pregnant with Ben, my first baby, I was diagnosed with something called preeclampsia. This is a serious condition affecting about 5% of pregnant women, identified by symptoms like sudden spikes in blood pressure, protein in the urine, severe swelling and headaches or vision problems. It’s also women’s third leading pregnancy-related cause of death. Preeclampsia is clinically described as:

“…a disorder of widespread vascular endothelial malfunction and vasospasm that occurs after 20 weeks’ gestation”.

Whenever you see the words “vascular” or “endothelial” or “vasospasm” in the same sentence, you know you’re likely talking about the heart. And although preeclampsia typically goes away after pregnancy, its diagnosis may well be an early indicator of underlying heart conditions that may simmer for decades. In fact, studies now show that pregnant women who develop preeclampsia have more than twice the risk of having a heart attack or stroke later in life.

And that is what happened to me. END_OF_DOCUMENT_TOKEN_TO_BE_REPLACED 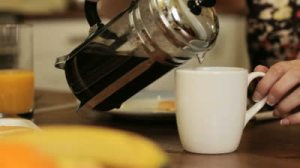 “I’d love to speak about the patient’s perspective at your Toronto conference in June,” I said last winter in response to an invitation from Dr. Graeme Smith, a Canadian obstetrician who teaches at Queen’s University in Kingston and specializes in high-risk pregnancies. “But traveling halfway across the country is just too hard on me these days.”

Shortly after I turned down his kind invitation to speak, he invited me again (hey, he’s persistent!) – but this time he offered the irresistible option of speaking to the Toronto audience via teleconference:

“Does this mean I can stay in my jammies, drink coffee at my kitchen table, and just speak to your group over the phone?!”

END_OF_DOCUMENT_TOKEN_TO_BE_REPLACED

That statement from experts meeting at the Minnesota Women’s Heart Summit should send chills down your spine.  For a number of years we have known that women are under-diagnosed for heart disease – and then under-treated even when appropriately diagnosed – yet here are a bunch of world-class cardiologists and public health experts still puzzling on how to address the deadly issue that is our #1 killer. Or, to paraphrase heart attack survivor Laura Heywood-Cory‘s take on the state of women’s heart health:

“Sucks to be female. Better luck next life!”  END_OF_DOCUMENT_TOKEN_TO_BE_REPLACED