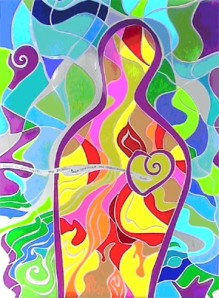 I attended the 64th annual Canadian Cardiovascular Congress not as a participant, but with media accreditation in order to report on the proceedings for my blog readers.  I arrived at the gorgeous Vancouver Convention Centre feeling excited to interview as many of the cardiac researchers attending this conference as I could squeeze into my 2-day schedule – particularly all the ones studying women’s heart disease.  I was gobsmacked, however, when conference organizers in the Media Centre told me on my first day that, out of hundreds of cardiology papers being presented that year, I’d be able to “count on one hand” the number of those studies that had anything even remotely to do with the subject of women and heart disease. Essentially, that appalling gender gap then became the Big Story of the conference for me. And every one of those four lonely little studies shared a conclusion that I already knew: when it comes to heart disease, women fare worse than men do.*  See also: The Sad Reality of Women’s Heart Disease Hits Home.

But already, I can tell that this weekend’s annual Congress (once again back in Vancouver) should do better.  This year, the 192-page conference program lists over a dozen studies reporting specifically on women’s experience of heart disease.(1)  Sounds good – until you remember that it’s a puny drop in the bucket for an international conference where over 500 original new scientific papers are being presented about a diagnosis that has killed more women than men every year since 1984. END_OF_DOCUMENT_TOKEN_TO_BE_REPLACED 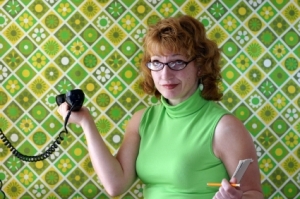 News flash! Yet another new cardiac study from yet another group of respected Montréal researchers has been published in yet another medical journal suggesting that (…wait for it!) women receive poorer care during a heart attack compared to our male counterparts.(1)

As my irreverent Mayo Clinic heart sister Laura Haywood-Cory (who survived a heart attack at age 40 caused by Spontaneous Coronary Artery Dissection) once observed in response to a 2011 Heart Sisters post:

“We really don’t need yet another study that basically comes down to: ‘Sucks to be female. Better luck next life!’, do we?”

Well, Laura – apparently we do.  Because those studies just keep on coming.         . END_OF_DOCUMENT_TOKEN_TO_BE_REPLACED

Tragically, women may still come up short when it comes to the diagnosis and treatment of heart disease. Mayo Clinic’s Dr. Sharonne Hayes, cardiologist and founder of the Mayo Women’s Heart Clinic in Rochester, Minnesota spoke recently to staff from WomenHeart: The National Coalition for Women With Heart Disease .

Learn more here about why the inequities of this cardiology gender gap continue, and how women can empower themselves and others to achieve equal and quality care for their hearts:  END_OF_DOCUMENT_TOKEN_TO_BE_REPLACED 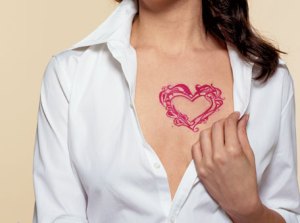 The CBC (our Canadian Broadcasting Corporation) did a report this week about women and heart disease that included an interview with Dr. Beth Abramson, a Toronto cardiologist and spokesperson for the Heart and Stroke Foundation.  She was responding to results of a new study reported in the Journal of the American Medical Association that suggests women are almost twice as likely to die within 30 days of a heart attack compared with men. Dr. Abramson said:

July 2, 2009October 30, 2015 ~ Carolyn Thomas ~ 7 Comments
Where have all the women gone?
Toronto – Women have successfully broken the glass ceiling in the boardroom, in politics, and on the home front. Is it now time for women to lobby for equal representation in research trials?
According to the Heart and Stroke Foundation, more than 50 per cent of deaths caused by heart disease and stroke – the leading cause of death in Canada – are women.
But that’s a fact you would never guess if you looked at the gender balance in the crucial clinical trials that study cardiovascular disease, Dr. Wendy Tsang told the Canadian Cardiovascular Congress 2008 co-hosted by the Heart and Stroke Foundation and the Canadian Cardiovascular Society.
Dr. Tsang reviewed landmark clinical trials between January 1, 1997 and December 31, 2007 in leading medical journals The Journal of the American Medical Association (JAMA), The Lancet ,and the New England Journal of Medicine.
“These are major trials published in the world’s leading medical journals,” says Dr. Tsang who is a cardiology resident at the University of Toronto. “Trials published in these journals undergo rigorous peer and editorial review.”
Dr. Tsang’s study found that although women comprise 53 per cent of patients in the general population with cardiovascular disease, in clinical trials they represented only 29 per cent of subjects with coronary artery disease, 25 per cent with congestive heart disease, and 34% with arrhythmias. Interestingly, they represented 61 per cent of the subjects in prevention trials.
“Our study shows the proportion of women enrolled in landmark cardiovascular clinical trials is substantially lower than you would find in the general disease population. What is even more of a shock is that this under-representation has not drastically changed over the past decade, “says Dr. Tsang.
“This study shows why it’s important to put a gender lens on research,” says Heart and Stroke Foundation spokesperson Dr. Beth Abramson. “Although women should not get the wrong message − as cardiac care and treatments are proven in female patients − optimally women should be better represented in trials.”
Dr. Abramson adds that in addition to making sure women are well represented in clinical trials, we need ongoing evaluation into possible gender differences in cardiovascular disease and how to address them.
The Heart and Stroke Foundation and CIHR’s multi-provincial GENESIS research initiative − which explores the differences in how men and women experience heart disease − is a good example of how this issue can be addressed.
“A trial may show that a drug or therapy benefits patients enrolled in the trial − but if women are under-represented in the trial, it makes it difficult to tell if the outcomes of the trial can be applied to women,” says Dr. Tsang. She says that the next step in this research is to figure out what factors affect female enrollment in clinical trials in order to help address this issue.
Addressing this issue may be more difficult than it sounds. In the United States in the early 1990s the National Institutes of Health put in place a policy that said there should be a fair representation of women in trials as long as it was reasonable.
“The results of this study are even more surprising because in 1993 in the U.S. Congress passed an act to increase enrollment of women and minorities in trials,” says Dr. Tsang.  “You would have thought that between then and 2007 there would have been a change. But we didn’t find that.”
The under-representation of women in clinical trials could be because they are asked to participate less often than males. Women get heart disease later in life than men and a lot of trials have an age rule that says nobody 70 or over can enroll. However, Dr. Tsang’s research does show women make up 61 per cent of trials that investigate exercise and diet.  Could this be due to gender stereotyping?
That could be next on the research agenda.
To find out more about gender differences in heart disease and stroke visit heartandstroke.ca or thehearttruth.ca.
Statements and conclusions of study authors are solely those of the study authors and do not necessarily reflect Foundation or CCS policy or position. The Heart and Stroke Foundation of Canada and the Canadian Cardiovascular Society make no representation or warranty as to their accuracy or reliability.
The Heart and Stroke Foundation (heartandstroke.ca), a volunteer-based health charity, leads in eliminating heart disease and stroke and reducing their impact through the advancement of research and its application, the promotion of healthy living, and advocacy.

Here’s a news flash:  women are not just small men (like cardiologist Dr. Nieca Goldberg‘s book of the same title). In almost every area of our health, there are significant differences between men and women’s responses to both disease and treatment.  But because women are not yet equally represented in medical research, our health care professionals have had to assume that diseases and conditions affect both women and men in the same way.

Medical research has focused on the ‘bikini approach‘ to women’s health: breasts and reproductive organs. And if diagnostic tests and treatments work for men, shouldn’t they also work for women?  Well, darling readers, here are some sobering facts from the Society for Women’s Health Research that show why this may not be the case: END_OF_DOCUMENT_TOKEN_TO_BE_REPLACED