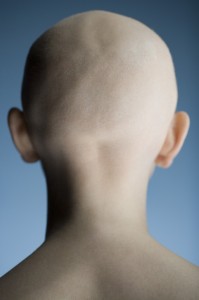 Cardiologist Dr. Richard Fogoros has issued this blunt warning to those at risk for developing heart disease:

“You need to change your life. If you don’t, you will suffer the consequences  – possibly decades earlier than is necessary.”

In his Heart Health Center column, he observed that most high-risk people end up making only half-hearted efforts to modify their heart attack risk.  And he blamed doctors for enabling this lack of personal accountability.  END_OF_DOCUMENT_TOKEN_TO_BE_REPLACED

My mother, like many women of her generation, would never dream of telling her doctor that she wants a second medical opinion, even if she suspected that her doctor’s treatment or advice was lacking. This means that, if he were negligent or incompetent or even downright dangerous – which he’s not, by the way –  my mother would rather die than get a second opinion. To ask for one would be rude and insulting to her physician, and that just would never happen.  Whatever her doctor says  goes unquestioned. He is the boss of her health care.

She’s not alone. Many patients choose to simply defer to their physicians, even when that physician is not providing comprehensive information about diagnosis or treatment options. As orthopedic surgeon Dr. Howard Luks described some of his colleagues:

“Time is short for doctors, they often have biases, and many assume patients don’t want the burden of overwhelming information.”

Before my own heart attack, I could have been one of those patients, too. When my doctor ordered lab tests for me, for example, I figured that if the results were bad, I would be phoned.  Otherwise, I was much too busy to even think about them.

A 2008 study of women over 40 done by The Federation of Medical Women of Canada (called the LIPSTICK Survey) reported that women spend more time thinking about their weight than they do about their hearts. Only 10% of women surveyed, for example, knew their personal cardiac risk factors, versus 64% of women who know how much they weighed in high school. END_OF_DOCUMENT_TOKEN_TO_BE_REPLACED