When one of our nurses knocked on my office door to tell me that the mandatory Hand Hygiene class for all hospital staff was starting, I sighed: “Oh, for Pete’s sake! I already know how to wash my hands!”  But off I went, muttering.

The class started with the instructor teaching us how to scrub-scrub-scrub our hands, in between our fingers, up and down our thumbs, right up to and around the wrists. We learned to do this for 30 full seconds (it’s longer than you think – try singing two verses of ‘Happy Birthday’ just to make sure). Then, she shut off the room lights and took out her special Lumalite that made any leftover germs on our hands glow a bright turquoise.  I was stunned by the results.   I’d expected to (maybe) find some glowing debris under our fingernails, but instead found that most of our cuticles were gleaming turquoise – any area of dry skin is particularly susceptible to attracting germs. Our wrists appeared radioactive. Engagement rings with diamonds on them glowed like firecrackers from every facet.  And this during a class when all we were focused on had been scrubbing our hands!

This sobering lesson reinforced how casually most people take handwashing. We poke our hands under the running water with a squirt of soap, do a quick rinse and wipe, and then we’re done.  While nine out of ten North Americans claim that they always wash their hands after using a public restroom, a 5-city observational survey in 2007  found the actual number to be barely 75%. That’s down nearly 10% from a similar study done in 2005, and that average is largely due to men.  The percentage of males observed washing their hands fell from 75% in 2005 to 66% in 2007.

According to the Centre for Disease Control, the single most important thing we can do to keep from getting sick and spreading illness to others is to wash our hands correctly.

To convince you about the need to scrub those hands after using the toilet, Dr. John Brooks, a professor of food microbiology in Auckland, New Zealand, tells of a terrifying experiment he does with his students. He warns:

“If you have wiped your backside with toilet tissue, then the chances are that your fingers are contaminated with fecal bacteria and viruses.

Way back when I started teaching food microbiology, I used to run an exercise with my students. They took various numbers of sheets of toilet tissue and placed them over a finger end, which they then gently wiped across a Petri dish of E. Coli bacteria, which are always present in the gut. These bacteria have the ability to produce a green metallic sheen when they grow on an agar called Eosine Methylene Blue. Since they occur only in the gut, we should not normally expect to find them on our hands, except for the obvious reason.

After the wiping phase of the experiment, the tissue was discarded and the same finger pressed onto the EMB agar, which was then incubated overnight. The students then washed their hands and dried them before making a further agar impression.”

His students were horrified to discover the results: even when using six sheets of 2-ply toilet tissue, their finger impressions grew bacterial colonies with a green metallic sheen.  Dr. Brooks explained:

“Six sheets of toilet tissue is an almost unmanageable wad of paper! Washing usually removed all the bacteria, but only if soap and warm water were used.”

“Unfortunately, when you turn on the tap with contaminated hands, they will transfer bacteria and viruses to the tap.

After you have washed, you re-contaminate your hands just turning the tap off. That’s why in hospitals and laboratories the taps have long handles that can be operated with wrists or forearms, or are operated by foot pedals or infra-red sensors.” 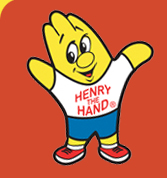