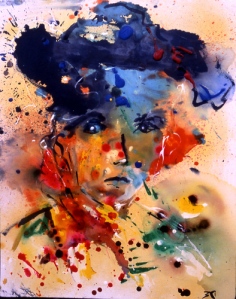 There are few life events more stressful, in my considered opinion, than surviving a heart attack. Not only is the actual cardiac event a traumatic and overwhelming experience in itself, but what very few cardiologists  tell us before they boot us out the hospital door is how debilitating the day-to-day angst about every little subsequent bubble and squeak can actually be.  I can recall, for example, feeling virtually paralyzed with fear over unexpected chest pains following my heart attack (symptoms, I later learned from my cardiac nurse, that are often called “stretching pain” – common in recently stented coronary arteries). These symptoms turned out to be relatively benign – NOT the massive second heart attack I feared they signaled at the time.

David Ropeik teaches at Harvard and is the author of Risk! A Practical Guide for Deciding What’s Really Safe and What’s Really Dangerous in the World Around You. His observations about worry and chronic stress – such as living with heart disease – may ring true for you.

“Want something else to worry about? Worry about worrying too much. The evidence is building that chronically elevated stress shrinks your brain.”

For example, a study* published in the journal Biological Psychiatry asked participants about how often they had experienced stressful events, both recently and over the course of their lifetimes, as well as about their chronic ongoing stress. When researchers took functional magnetic resonance (fMRI) images of their brain, here’s what they found: the more stress, the smaller the brain in several particular cortical areas.

According to Ropeik, stress not only impairs formation and recall of long-term memory and is strongly associated with clinical depression, but – of special interest to heart patients –  it seems to bring on a decreased ability to cope with further stressful experiences:

“So not only does the research on stress-associated brain shrinkage suggest that it causes functional mental impairment, one of the problems it appears to cause is the very ability to deal with further stress. This is a really scary positive feedback loop.”

Stress also triggers the body’s endocrine systems, prompting the release of hormones that can irritate lymphatic tissue that in turn alters our immune functions. They might cause the resting heart to beat faster or raise blood pressure and LDL ‘bad’ cholesterol levels. Dr. Daniel Brotman of Johns Hopkins Hospital was the author of a 2007 review paper on emotional stress and heart health published in The Lancet. He explained:

“Anybody who has narrowly avoided a car accident knows how much emotional stress can rev up your cardiovascular system. But having very frequent or ongoing bouts of  ’fight or flight’ is not something the human body is designed to do.”

That’s where chronic stressors can become deadly threats to our hearts. Unmanaged stress, especially stress-related anger and hostility, can affect our health. It may cause:

Clinical stress is caused by, among other things, worrying. There are everyday worries, and chronic worries, big worries and small worries. But worrying of any sort is, essentially, feeling threatened, and that can cause levels of stress-related hormones like glucocorticoids and cortisol to go up.

But Ropeik reminds us that there are many ways to reduce stress, and whole industries that peddle various products and pills and processes to help you stay calm.

“May I humbly suggest one that none of the meditation gurus and pill pushers talk about: understanding how the psychology of risk perception works.”

Ropeik cites researchers who have identified specific characteristics that make some threats feel scarier than the evidence says they actually are. These are the emotional reasons why we sometimes worry too much. Knowing them can help us worry less:

“We can use that self-awareness as a sort of seat belt for when we drive in the dangerous environment of making subjective choices about risk, which sometimes can lead to dangerous errors, including worrying too much.

Our risk perception system mostly works pretty well to keep us alive, but it’s subjective, and sometimes makes mistakes, judgments that feel right but just plain don’t match the facts. Knowing why we make those mistakes can help us begin to avoid them. Which can help us protect ourselves, including from the risk that worrying too much will shrink our brains.”

There are many more risk perception factors in David Ropeik’s chapter called Why Our Fears Don’t Always Match the Facts, in his book, How Risky Is It, Really? which is available free online.