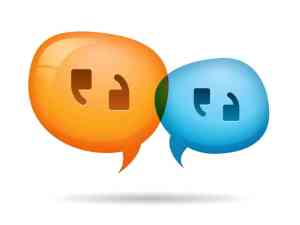 While I was in my hospital’s Coronary Care Unit recuperating from a heart attack, my longtime family physician knew nothing about what had just happened to her patient of over 32 years. At some point, a hospital report signed by the cardiologist in charge of my care was sent off to her (probably by fax – and by the way, can you name any other profession that still uses the fax machine as a mode of such sensitive, important and personal communication?)

We’d all like to believe that the average physician would have some clue about a medical crisis happening within a family she’s been caring for during the past three decades.  But it ain’t necessarily so, my heart sisters.

And that lack of communication works both ways when your physician refers you to see a specialist.  A study published in the Archives of Internal Medicine, for example, found that while almost 70% of primary care physicians claim they always or mostly forwarded a patient’s history and reason for a consultation to specialists, fewer than 35% of  specialists reported always or mostly receiving that information in time for the appointment.(1)

Meanwhile, 81% of specialists studied said that they always or usually send results to the primary care doctor, but in fact, only 62% of those family doctors said they received that important info.

This gap is critically important. Physicians reporting inconsistent communication were more likely to say patient care quality was hurt by a lack of timely reports.

If you’ve ever been discharged from hospital by one doctor only to be later re-admitted to hospital under a different doctor’s care, you may be surprised to learn that those doctors are not likely talking to each other.

A Boston study examined communication patterns for re-admitted patients at two academic hospitals to determine if the admitting team had contacted the previous medical team. The results are consistent with other studies on doctor-to-doctor communication: barely 43% of admitting physicians had communicated with the prior teams.(2)

Dr. Val Jones is a physician from Alexandria, Virginia who has spent the past couple years as a locum tenens (from the Latin, “place holder” – a more elegant name, she suggests, than “temp”) physician. A locum is the doctor who takes over another doctor’s role during vacation time or other absences.  Living la vida locum in 13 American states has taught Dr. Val some important lessons about how the practice of medicine has changed since her own med school training. She wrote about this recently in her blog, Better Health:

“While we may have a larger variety of treatment options and better diagnostic capabilities now, it seems that we have pursued them at the expense of the fundamentals of good patient care.”

Dr. Val takes specific aim at technological advances like electronic medical charts for their negative impact on patient care, but also blames the fact that, as she warns:

“No one talks to each other anymore.”

She claims to be “continually astonished” by the lack of face-to-face or verbal communication going on in hospitals these days.

When she first observed this phenomenon, she attributed it to the facility where she was working at the time. Now however, her experience has shown her that “this is an endemic problem in the entire healthcare system.”  For example:

“I’m not sure if this is because of a general cultural shift away from oral communication to text-based, digital intermediaries (think zombie-like teens texting one another incessantly) or if it’s related to sheer time constraints.

When you are overworked, it’s natural to take the path of least resistance. Checking boxes and ordering consults in the electronic medical chart (EMR) is easier than picking up a phone and constructing a coherent patient presentation to provide context for the specialist who is about to weigh in on disease management.

“Nursing orders are easier to enter into a computer system than actually walking over and explaining to him/her what you intend for the patient and why.

“But these shortcuts do not save time in the long run.

‘When a consulting physician is unfamiliar with the partial workup you’ve already completed for the patient, he/she will start from the beginning, with duplicate testing and all its associated expenses, risks, and rabbit trails.

“Depending upon computer screen updates for rapid changes in patient care plans is risky business. EMRs are poor substitutes for face-to-face communication.

“In one case, I remember a radiology tech expressing amazement that I had bothered to type the reason for the x-ray in the order field. But how can a radiologist be expected to rule out something effectively if he isn’t given the faintest hint about what he’s looking for?

“On another occasion, I called to speak with the radiologist on a complicated case where the patient’s medical history provided him with a clue to look for something he hadn’t thought of – and his re-read of the CT scan led to the discovery and treatment of a life-threatening disease.

“Imagine that? An actual conversation saved a life.”

Q: How has doctor-to-doctor communication (good or bad) affected your care?

6 thoughts on “Is your doctor talking to your other doctors?”