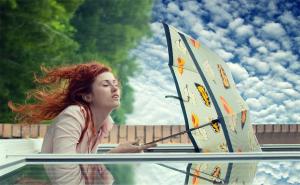 There are at least 12 commonly used measurement tools available to the medical profession that look at how patients navigate “the search for meaning in chronic illness”. Clinical tools like the Psychosocial Adjustment To Illness Inventory or the Meaning of Illness Questionnaire have been used on cancer and AIDS patients, as well as others living with chronic disease. But research, including this study, has found that limiting factors in the success of such tools included “the infrequent use of some of the instruments clinically or in research.”

I can’t help but wonder why these readily available assessment tools are not being administered routinely to patients who are freshly diagnosed with heart disease – a serious medical crisis that begs to be examined for its influence on our “psychosocial adjustment” to it. I only learned about these long-established tools two years after my own heart attack, and by then my adjustment period was pretty well done.

This lack of medical attention to the profound psychological impact of a cardiac event on the freshly-diagnosed heart patient is significant. As Dr. Gilles Dupuis of the Université du Québec and the Montreal Heart Institute reported in the the Canadian Journal of Cardiology, post-traumatic stress disorder following a heart attack is a largely under-diagnosed and unrecognized phenomenon that can actually put survivors at risk of another attack.

Back in 1997, an Oregon study reported in the Journal of Acute and Critical Care did look at the meaning of illness for women diagnosed with coronary heart disease. Researchers found that meaning actually evolved over time in a process they called seeking understanding.

At the onset of symptoms, the women survivors in the study described three early responses:

Researchers concluded that the way we try to seek understanding contributes to how our health care professionals can assess the decision-making behaviours and lifestyle choices of women living with coronary heart disease.

About 16 years ago, a Russian study also looked at heart patients using a number of psychosocial coping strategy assessment tools. They identified four cardiac conditions, any one of which substantially increased the negative subjective meaning of the disease for patients (I had two of these, by the way). The four conditions are:

An early pioneer in the development of these coping strategy assessment tools was the late Dr. Zbigniew Lipowski of the University of Toronto, who identified eight categories of meaning that capture how patients respond to a serious disease diagnosis.

He wrote in the Canadian Medical Association Journal back in 1983:

“Medical educators have emphasized the need for physicians to acquire the skills to deal with psychological aspects of patient care and to evaluate patients’ psychosocial reactions to physical illness.”

Dr. Lipowski also listed three general types of reaction to illness based on:

One interesting study reported in the Journal of Clinical Nursing on hospital in-patients (55% of them women, mean age 37) found that 47% of the patients studied had poor adjustment scores.

Researchers found that psychosocial adjustment to their illness was affected by a number of important factors:

Researchers concluded that serious illness (to the surprise of nobody who’s ever been diagnosed with one) is indeed an important stress factor, adding that a number of issues must be taken into consideration when providing medical help to such patients, including:

In a German study, 387 female cancer patients (81% with breast cancer) were asked to complete Interpretation of Illness Questionnaires (IIQ) based on the eight categories used by Dr. Lipowski to assign meaning to their diagnosis.

At follow-up assessment three years later, the women who had ascribed a negative meaning of illness with choices such as ‘enemy’ or ‘loss’ had significantly higher levels of depression and anxiety, and poorer quality of life than women who had indicated comparatively neutral or positive meanings like ‘challenge’ or ‘opportunity’.

Researchers correlated the eight items on this questionnaire with health-related quality of life, anxiety/depression, fatigue, life satisfaction, and adaptive coping strategies. Their conclusions:

A study from the University of Miami identified differences between certain illness-coping behaviours such as:

Another study, this one out of the University of Texas, looked at the consequences of denial in those diagnosed with serious illness, and at the differences between ‘active’ and ‘avoidance’ coping strategies.

First they identified risk factors (negative life events like a serious disease diagnosis) and resistance factors (qualities that could help mitigate risk factors, such as self-confidence, an easygoing disposition, family support). Patients with ‘active coping strategies‘ tried to change either the nature of the risk factor/stressor itself (living with the disease) or how they thought about it.

But in contrast, those with ‘avoidance coping strategies‘ tried to prevent a direct confrontation with the stressor, a reaction that researchers found could lead to substance abuse or depression.

In a Dutch study, researchers found that younger patients used active coping strategies significantly more often and they perceived more internal control over the cause of their disease.  In contrast, older patients used religious coping and religious control more frequently at all assessments. In both groups, like the Texas study’s findings, avoidance coping was associated with more depressive symptoms and a worse quality of life.

Overall, among the many possible ways humans cope with disease, two general strategies can be distinguished:

Q: How would you have described your own reactions to a serious diagnosis?

NOTE FROM CAROLYN:   My book, “A Woman’s Guide to Living With Heart Disease“, was published in 2017 by Johns Hopkins University Press. You can find this book:

Post-Traumatic Growth: how a crisis makes life better – or NOT

Why hearing the diagnosis hurts worse than the heart attack

Surviving the crisis: the first stage of heart attack recovery

‘After the Diagnosis’: two books, same title, one hope

A tale of two women: how we react to a heart attack diagnosis