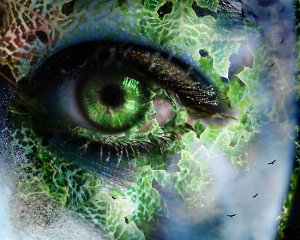 If these test results on paper aren’t too deadly – well, it must be only a “small” heart attack.

But a study reported in the Canadian Journal of Cardiology last month reinforced what all heart attack survivors already know but their doctors may not: a heart attack can leave people as psychologically traumatized as victims of violence.

Montreal researchers led by Dr. Gilles Dupuis of the Université du Québec and the Montreal Heart Institute say that post-traumatic stress disorder (PTSD) following a heart attack is an under-diagnosed and unrecognized phenomenon that can actually put survivors at risk of another attack.

The researchers found that, one month out, a significant number of heart-attack victims show symptoms of PTSD, such as frequent nightmares or flashbacks, or a constant reliving of the fear, helplessness or horror felt when they were having the heart attack and thought they were dying.

Women seemed to be a higher risk for post-traumatic stress disorder following a heart attack than men.

“It’s as if you are in a bank and there’s a holdup – you have all those flashbacks that come back into your mind. You can have trouble sleeping, and become depressed or anxious.”

In fact, some of his almost 500 study patients had to be interviewed by telephone because they were so afraid of returning to the hospital and reliving the memory of the heart attack.

The psychological fallout can have a profound impact on a patient’s recovery, said Dr. Peter Liu, a professor of medicine of the University of Toronto and Toronto General Hospital. He explained:

“Depression alone increases the risk of dying after a heart attack by 20-25%. The stress response can cause not just psychological trauma, but also physiological changes –  such as increased heart rate and blood pressure – that further harm an injured heart.”

This stress response syndrome that occurs so frequently after a serious health crisis like a heart attack is also known as “situational depression”.  It’s what mental health professionals call an adjustment disorder that can strike within weeks following a traumatic life event as we struggle to make sense of something that makes no sense. The good news is that, unlike clinical depression, it typically tends to run its course over about a six-month period, often eventually fading even without treatment.

Find out more about the PTSD study from the Canadian Journal of Cardiology .