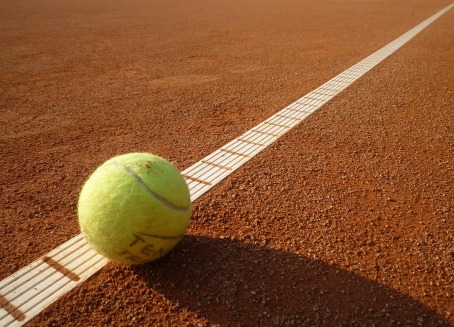 I’ve been grappling with a wallop of personal guilt lately. I don’t feel guilty because I’ve done something wrong, but because I finally had to say “No!” to a friend I’d been helping for a long time.

During my public relations career, we called this phenomenon “scope creep”. For example, you happily agree one day to a project with clear parameters, but over time one thing after another gets piled on top of your desk, until the project is suddenly so unwieldy that you wonder how this even happened.

It happened because of scope creep. And your inability to say “No!”  to keep the whole thing on track as you went along.  And the way things change.

My current guilt stems from deciding that I could no longer be a volunteer helper. I knew I had to stop saying: “Of course, I’ll help you!” to this friend. But every time I opened my mouth to say “No!”, I just couldn’t do it.

How could I?  I care about this person. She needed help. Who else would step in to help her if I stopped? And most of all, isn’t helping others what all good people should do?

Another friend observed recently that my guilt about even thinking of saying “No!” seemed to be linked to my reluctance to set clear boundaries over how much I am able or willing to do. Of course, she was right.

Without any openly defined boundaries, why would I expect other people to somehow intuitively respect boundaries that aren’t there?

Setting clear boundaries, according to psychologist Dr. Dana Gionta, author of the book From Stressed To Centered, starts with knowing and understanding what your personal limits are in the first place. She calls these limits “essential to healthy relationships and a healthy life”.

In her interesting PsychCentral interview, she points out that the first two red flags or cues that we might be ignoring our own boundaries are discomfort and resentment.  Dr. Gionta suggests that, during an uncomfortable interaction, we could ask ourselves:

“What is it about this interaction or this person’s expectation that is causing this discomfort?

“Resentment can come from feeling unappreciated or taken advantage of. It’s often a sign that we’re pushing ourselves either beyond our own limits because we feel guilty (and want to be a good daughter or wife or friend, for instance), or because someone else is imposing their expectations, views or values on us.”

Dr. Gionta also talked about how common it is to feel guilty when setting boundaries:

“Fear, guilt and self-doubt are big potential pitfalls. We might fear the other person’s response if we set and enforce our boundaries. We might feel guilty by speaking up or saying NO. Many believe that they should be able to cope with a situation or say YES because they’re a good person, even though they may feel drained or taken advantage of.”

Clear boundaries aren’t just a sign of a healthy relationship, adds Dr. Giota.  They’re also a sign of self-respect. But the ability to establish boundaries is impacted by how you were raised, your role in your family, and your personality:

“If you have held the role of caretaker, or if you learned to focus on others, letting yourself be drained emotionally or physically, then ignoring your own needs might have become the norm for you.”

That one hit home for me. Ignoring my own needs was just second nature. And good grief, I’m the one who waited two full weeks after being misdiagnosed and sent home from the ER in mid-heart attack before I finally forced myself to go back for help. By then, I was absolutely desperate.

It was only after that heart attack and subsequent cardiac complications  that I had to learn the fine art of p-a-c-i-n-g, a skill I’d never felt the need to master before 2008.

During my 35+ career in public relations, I was typically the one tap dancing through the office with my hair on fire, cheerfully juggling multiple deadlines, all due this morning. There were few requests I ever said “No!” to. In fact, my “NO!” usually meant maybe – and my maybe ended up being “YES!”  I seemed to take a perverse pride in being recognized by all as the “go-to” person on any team.

But now, living with almost-daily debilitating cardiac symptoms of coronary microvascular disease, I learned that, depending on how I’m feeling, my days could be classified as “one outing” days, or “two outing” days, or (rarely) “three outing” days, each outing followed by periods of crushing exhaustion.

This reality makes me an unlikely volunteer to be asked for help, so why do I keep saying “Yes!”?

It’s ironic that over the years I keep writing about self-care, and how important it is for heart patients to master the ability to say “No!”, and putting our own needs first. I suspect it’s because I’ve had to work so hard at boundary setting myself. I seem to keep teaching myself the same lesson through my own Heart Sisters blog articles (here, here and here, for example).

Addressing the resentment or discomfort fueled by scope creep is critical, but getting better at saying “No!” and setting those personal boundaries so scope creep is less likely to happen seems much smarter.

I’m a different person now. I am no longer able to be anybody’s “go-to” person. But like many living with an invisible chronic diagnosis, I look very much like my old self, so I have to be prepared to communicate about my new boundaries.

And about the way things change. . .

Saying “Yes!” when we really mean “No!” may seem easier in a given moment, but as Dr. Gionta suggests:

“It’s important to assertively communicate with the other person when they’ve crossed a boundary. In a respectful way, tell that  person what is bothersome to you, and also that you two can work together to address it.”

Q: Have you ever had trouble saying “NO!” in order to protect your own health boundaries?

NOTE FROM CAROLYN:   I wrote much more about the importance of self-care (and saying “No!”) in my book, A Woman’s Guide to Living with Heart Disease . You can ask for it at your local library or favourite bookshop, or order it online (paperback, hardcover or e-book) at Amazon, or order it directly from my publisher, Johns Hopkins University Press (use the code HTWN to save 20% off the list price).

You Can’t Pace Yourself – Unless You Plan to Pace

In Praise of Solitude After a Heart Attack

Could Goodism and Self-Sacrifice Be Linked to Women’s Heart Disease?

Why NO is a complete sentence

“To just be a person, and not a patient anymore”

24 thoughts on “Scope creep: when NO means maybe, and maybe means YES”