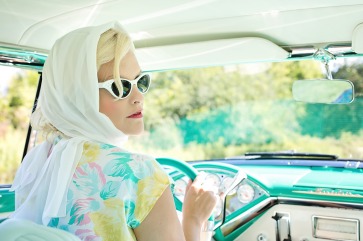 Imagine your mechanic telling you that your brakes are failing. Would you voluntarily get behind the wheel of that car – and then happily drive it home? Of course you wouldn’t.  Yet right now, as you are reading these words, doctors around the world in a medical office or hospital clinic somewhere out there are casually saying out loud the words “HEART FAILURE” to diagnose people who will leave that place feeling scared to death.   .

Once a physician tells you that your heart is failing, you cannot unhear that word. You’re also unlikely to hear any other words being spoken about your diagnosis. You may hear sounds coming out of that doctor’s mouth, and you may see lips moving, but there will be limited comprehension while you sit there, stunned, clutching your failing heart.

And when such frightening words finally do sink in, the effect on patients is far more demoralizing than motivating.

Let’s consider these assorted definitions of what the concept of “failure” actually means in real life (i.e. not in medical school):

The legendary Nobel prize-winning pioneer cardiologist Dr. Bernard Lown has had a lot to say to his colleagues who use what he calls “words that hurt“.  He once described this cardiac condition like so:

“Heart failure is not a disease. It’s just a description of clinical syndromes. A heart failure prognosis is no longer what it used to be; much of the damage that occurs to the heart may be reversible and the symptoms controlled over decades.”

And the words heart failure don’t even accurately reflect the definition of this condition: essentially, that your heart is not pumping blood as well as it should.

But ironically, the very opposite often happens instead. Trust, reassurance and helping to educate the patient are what will help to form meaningful partnerships. But instilling anxiety is bad doctoring, and threatens to intensify the severe emotional distress that so often accompanies a serious new diagnosis.

I once quoted Dr. Lown’s warning to his colleagues:

“The doctor is part of our culture wherein doom forecasting is within the social marrow. Even the daily weather is often reported with anxiety-provoking rhetoric.

“To be heard, one learns the need to be strident, equally true for weather predictions as for medical prognostications. The end result is that doctors justify their ill-doing by their well-meaning.”

Here’s a disturbing example of how Canada’s Heart and Stroke Foundation chose to portray heart failure: a man slumped on a park bench, apparently just waiting to die, as featured in their 2016 report called The Burden of Heart Failure.

In this grimly grey illustration (just one of several distressing images chosen for  this report), the Heart and Stroke Foundation matches a scary name with an equally scary image, which made me wonder:

“What on earth were these people thinking?”

The H&SF usually gets it right, in my opinion, but this particular national “awareness” campaign felt inexcusably hurtful to patients living with this diagnosis.

After eight full pages, the report does concede that “people can learn to live active, healthy lives” – even with a heart failure diagnosis. But why wasn’t that important message featured on page 1?  And unfortunately, only one paragraph in the entire 12-page report even mentions depression.

Why this under-reporting of depression? As described by the European Society of Cardiology, new-onset depression occurs in over 40 per cent of patients within the first year after heart failure diagnosis, and is associated with:

And no wonder these people are depressed! They have just been told their hearts are failing.

This depression-associated reality is important because we know that heart patients suffering from such symptoms are far less likely to take their prescribed meds, exercise, improve their diet, show up for medical appointments and cardiac rehabilitation classes, quit smoking, lose weight, or be able to manage their considerable chronic stress.

Ironically, that list of instructions is precisely what the same physician who first drops the diagnostic “heart failure” bomb upon them will be recommending in the very next breath.

No matter how often alternative names are suggested, I’ve observed that the lukewarm response from both professionals and organizations so far reflects a solid lack of interest in a wholesale name change.

Instead, some in cardiology have started to take initial steps to simply distract heart patients from the F-word.

The American College of Cardiology, for example, now produces patient information material that is deliberately more positive than frightening (i.e. no old-dying-guy-slumped-on-a-bench images). Their excellent “CardioSmart“ website produces eye-catching posters, infographics and heart patient info (and they’ll even ship hard copies free to a waiting room bulletin board near you).

The American Heart Association has also tried a more positive awareness campaign with the help of active and photogenic twin sisters Shaun Rivers and Kim Ketter, both nurses from Richmond, Virginia who now volunteer as AHA Patient Ambassadors. The sisters were each diagnosed with heart failure during the same week in 2009 when they were just 40. As Kim says: “We’re here to encourage and educate others!”

But in fact, both the ACC and AHA campaigns are handicapped from the get-go by the very words “heart failure”, delivered to new patients still reeling from that diagnostic gut punch.

For example, here’s how CardioSmart’s brand new “Learning to Live with Heart Failure“ campaign starts off:

“If you just found out you have heart failure, you may feel scared or overwhelmed. And that’s okay.”

Except that this is NOT okay. The reason you feel scared and overwhelmed is that some doctor has just told you that your heart is FAILING.

No matter how they try to dress up that devastating message with as much positive spin as they can muster, it’s still like putting lipstick on a pig.

Cardiologist Dr. David Brown told me via Twitter that he often uses air quotes around the words “heart failure” to more gently communicate to his patients that he doesn’t really mean “failure”. But what other medical diagnosis requires clinicians to wiggle two fingers on each hand as air quotes?

This of course begs the question: do physicians cling to the name “heart failure” simply because that’s what they’ve always called it?

Like so many other scenarios in the practice of medicine, however, the treatment of this condition has profoundly changed over time. So why can’t we change its name, too?

Consider for example that what doctors insist on calling heart failure has a very long history, as outlined in the British Medical Journal (BMJ):

“Descriptions of heart failure exist from ancient Rome, Egypt, Greece and India, but little understanding of the nature of the condition existed until William Harvey first described the circulation in the year 1628. Meanwhile, treatment for centuries included blood letting and leeches.”(1)

Doctors abandoned the blood-letting and the leeches long ago with less resistance than currently exists to finally abandoning its name.

Personally, I don’t care what this diagnosis is called as long as you stop labeling it as a FAILURE.

“Perhaps a better term would be stiff muscle syndrome.”

“The key concept is congestion to explain the symptoms of breathlessness and edema (swelling). Maybe congestive heart dysfunction?”

Scottish physician Dr. Trisha Elliott Cantley of Edinburgh has her own favourite substitute term: “insuffisance cardiaque”, as she suggested on Twitter:

Cardiologist Dr. Lynne Warner Stevenson, a professor of medicine at Harvard University, flat out declares: “We have to call it something else!”  She prefers names like cardiac insufficiency, heart dysfunction, and – her favourite – cardiomyopathy:

“The term ‘heart failure’ denotes a hopeless defeat that may limit our ability to encourage patients to live their lives. Words are hugely powerful. Patients do not want to think of themselves as having heart failure. It can make them delay getting care, and it makes them ignore the diagnosis. I worry about that a lot. I also worry that patients don’t provide the support to each other that they could. Patients tend to hide that they have heart failure. We need to come up with a term that does not make patients ashamed.”

Whatever the diagnosis of heart failure is called in the future, using its current cruel name must be stopped. We need a systemic physician-led movement to stop using catastrophic language that clearly contributes to despair.

Q:  What will it take to get the medical profession to improve the name of this diagnosis?

NOTE FROM CAROLYN:   I wrote much more about adjusting to a new cardiac diagnosis in my book, “A Woman’s Guide to Living with Heart Disease”. You can ask for it at your local bookshop, or order it online (paperback, hardcover or e-book) at Amazon, or order it directly from my publisher, Johns Hopkins University Press (use their code HTWN to save 20% off the list price).

CardioSmart’s information on Learning to Live With Heart Failure

When doctors use words that hurt

Two ways to portray heart failure. One of them works.

When are cardiologists going to start talking about depression?

When grief morphs into depression: Five tips for coping with heart disease

Why don’t patients take their meds as prescribed?

2016 Report on the Health of Canadians: The Burden of Heart Failure – the Heart and Stroke Foundation report

15 thoughts on “Would you drive your car if its brakes were “failing”?”