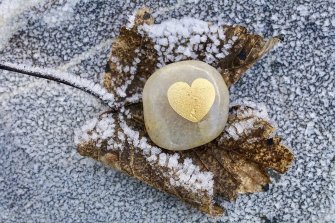 A friend’s daughter (who happens to be a cardiac nurse) phoned to check on me a few days after I was discharged from the hospital following my heart attack. I felt so relieved to hear Kate’s voice because  something was really starting to worry me:  I was still having chest pain.

She explained to me exactly what I would later learn more about from cardiac researchers in Germany: most “stretch pain” symptoms are due to the dilation and stretching of a coronary artery that’s caused when a coronary stent is being implanted inside that artery.(1)  And for the majority of heart patients, she added, stretch pain is not a danger sign.

But if you’re like me, you may still be concerned, after your stent has been newly implanted, to find that the chest pain that sent you to the hospital in the first place is still happening.

At the time, I could find no information about chest pain AFTER a stent procedure in any of the patient education material I was given before I was discharged from the CCU (the Intensive Care Unit for heart patients).

But now I was learning that this new chest pain might be BECAUSE of a stent procedure.

The German researchers agreed that post-stent chest pain is likely not a reason for us to panic. But they did acknowledge:

“This is a common problem. Although the development of chest pain after coronary interventions may be benign, it is disturbing to patients, relatives and hospital staff.”

New chest pain is very disturbing to a person who has just survived a heart attack.

In the German study, researchers found that stretch pain can be experienced after different types of cardiac interventions:

As cardiologist Dr. Allen Jeremias explained in his book, Your Personal Guide to Angioplasty:

“The air pressure in your fully inflated car tires is about 2 atmospheres. By comparison, the high pressure used to inflate a balloon inside a coronary artery during angioplasty is between 10-20 atmospheres.”

Researchers suggest that chest pain in recently stented patients can be associated with continuous stretching of the treated coronary artery during an invasive procedure, which they described like this in the journal, Circulation:(2)

“Non-ischemic chest pain develops in almost half of all patients undergoing stent implantation, and seems to be related to blood vessel over-expansion caused by the stent inside the diseased vessel.”

U.K. sources add that it’s common to experience this new chest discomfort in the first few days and weeks following a stent procedure.

“This is because your artery has suffered some trauma and bruising from the stent being fitted. You can have episodes of pain or discomfort as the stent settles into place. This pain is usually felt quite locally in the chest, and is often described as sharp or stabbing. This type of pain can often be relieved by taking acetaminophen (Tylenol).”

Symptoms have been generally described by patients as mild or moderate, and also “unlike the pain of angina” that they had experienced before they came into the hospital for treatment. Three-quarters of patients with this pain described it as “continuous, squeezing pain located deep in the chest.”

What if stretch pain continues or gets worse?

Stretch pain is typically a short-term issue while we are recuperating.  But sometimes, it is not just short-term.

The Journal of the American Heart Association reported that about one third of heart attack patients studied were still reporting occasional chest pain at six weeks or longer.(3)  These symptoms happened infrequently – about 80 per cent experienced symptoms once a month on average, but of the remaining 20 per cent, chest pain was happening weekly or even daily.

This kind of chest pain may not be just your average stretch pain.

If chest pain persists or worsens over weeks, it may indicate another cardiac issue that must be checked out. In a 2018 U.K. study, researchers turned the cardiology world on its ear by suggesting that stents may not address chest pain as we have always believed – especially for patients who have not had a heart attack.(4)  Coronary artery disease (CAD) typically affects many blood vessels, and so stenting only the largest blockage may not make much difference in a patient’s symptoms. As the New York Times described the findings of this study:

“A few arteries might be blocked today, and then reopened with stents. But tomorrow a blockage might arise in another artery, and cause a heart attack.”

Always consult your own physician for ongoing or new chest pain, or any distressing symptoms that simply do not feel right to you.  See also: “ISCHEMIA Study: That Blockage Isn’t A Time Bomb In Your Chest“   about the controversial 2019 research that suggested stents or coronary bypass surgery are no more effective – except during a heart attack – than providing optimal medical/drug therapy; as I noted at the time, however, fewer than 1/4 of the ISCHEMIA study participants were women. Until women are appropriately represented, researchers will continue to study (white, middle-aged) men whose experience may or may not be comparable to our experiences.

But meanwhile, my own question on stretch pain is still this:

”   “If stretch pain caused by having a stent implanted is as common as cardiac researchers seem to suggest, why aren’t heart patients like me warned about this before hospital discharge so we don’t need to panic during recovery?”

NOTE FROM CAROLYN:  In my book, “A Woman’s Guide to Living with Heart Disease“ (Johns Hopkins University Press), I wrote much more about chest pain and other (common and uncommon) cardiac symptoms. You can ask for this book at your local library or bookshop (please support your favourite independent family-owned shop!) or order it online (paperback, hardcover or e-book) at Amazon, or order it directly from Johns Hopkins University Press. Use their code HTWN to save 30% off the list price when you order.

Q:  Have you ever experienced stretch pain after a cardiac procedure?

Please do not leave a comment here asking me about your current symptoms. I  am not a physician and cannot offer you medical advice. Always see a healthcare professional if you’re experiencing distressing symptoms.