I recently had the honour of being invited to speak to a university class of young students learning about chronic illness. (The word “young”, of course, is relative, since almost everybody on earth is now so much younger than I am). These students were absolutely terrific – enthusiastic, smart, full of questions and ideas about healthcare. But about halfway through our 3-hour class together, I began to observe a pattern in the way some of them approached their small group exercise assignment.  END_OF_DOCUMENT_TOKEN_TO_BE_REPLACED

It all started when I was contacted by Melanie Glanz, a television producer with CBC News from Toronto. She was working on a report about hospital food, she explained. Would I be willing to be interviewed for this news feature?

Hospital food?  I assured Melanie that I was not a dietitian or nutritionist or hospital administrator. Not an expert on hospital food at all – rather, more like just a mere victim.  But she persisted. She had read my blog article called Hospital Food: The Best Reason to Keep Your Heart Healthy and Avoid Hospitalization. And she told me she really needed a patient’s perspective on such an important topic.

I agreed, albeit a tad reluctantly. What was there to say, after all, about hospital food that hasn’t already been whined about by generations of patients?  “Hospital food is bad!”  After that, I didn’t think I’d have much else to say.  END_OF_DOCUMENT_TOKEN_TO_BE_REPLACED 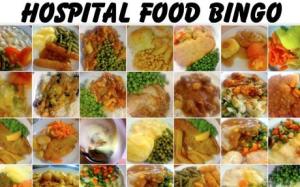 The first real food served to me in the hospital’s Coronary Care Unit after my heart attack was a cold roast beef sandwich on doughy white bread.  I was surprised (red meat for a heart attack survivor?) but also hungry, so I managed to scarf it down.

In August, I was back in hospital for another cardiac procedure, and again my first meal was another sandwich: this time, a single unadorned, slimy, food-style processed cheese slice on that same doughy white bread.

This is what’s being served in a hospital cardiac unit? What are they thinking?  END_OF_DOCUMENT_TOKEN_TO_BE_REPLACED