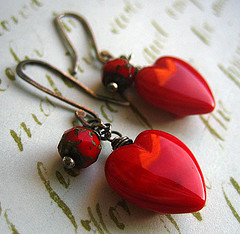 In your average garden-variety textbook heart attack, the cause is typically a sudden lack of oxygenated blood supply feeding the heart muscle, caused by a significant blockage in one of your coronary arteries. This blockage is what doctors call the culprit lesion.

But in a new study led by Yale University cardiologist Dr. Erica Spatz, researchers remind us that although this “culprit lesion” classification of heart attack applies to about 95% of men under age 55, only 82.5% of younger women experience this kind of heart attack.(1)

Here’s how Dr. Spatz explained the new taxonomy to me:

“Young women with heart attacks are a diverse group.

“Many have distinct features that are different from the classic heart attack. But the current classification system does not fully accommodate diverse types of heart attack. As such, one in eight women cannot be classified; in these women, we don’t know what caused the heart attack.

“The VIRGO taxonomy identifies the diversity that exists among young adults with heart attack, and puts them into a more nuanced classification system that can be used to improve our understanding of the different mechanisms of heart attack. It can help us facilitate more personalized treatment approaches to improve outcomes.

“The VIRGO taxonomy may be especially important for young women, in whom the ‘classic’ heart attack resulting from plaque rupture with complete blockage of a heart artery is less often seen.”

There are a number of ways, says Dr. Spatz, that women can show up in the Emergency Department with heart attacks that are NOT caused by a complete blockage.

One is a non-obstructive (no blockage) heart attack caused by what’s known as a supply-demand mismatch. Dr. Spatz explains:

“Supply-demand mismatch is a medical term used to describe any acute stress that results in lack of oxygen to the heart muscle.

“These kinds of heart attacks are different from the classic heart attack, in which there is an abrupt blockage of one of the heart arteries usually due to the rupture of a plaque.”

In the old days (i.e. last week) of using the current classification system of identifying heart attacks, a supply-demand mismatch would have been classified as a Class 2 MI (myocardial infarction).

But in this new VIRGO taxonomy, researchers demonstrated that not all Class 2 MIs are the same.

Some adults with significant coronary disease present with an acute stress that results in a lack of oxygen to the heart (Class 2a), though others have no identifiable acute stress (Class 2b). Dr. Spatz adds:

“We suspect that these distinctions are important for understanding disease mechanism, treatment response and prognosis.”

The new classification system of the VIRGO taxonomy includes:

The numbers are startling, and speak for themselves.

In every classification, women outnumber men – except for the Class 1 heart attack caused by a culprit lesion blocking a coronary artery – the classic Hollywood Heart Attack that men typically have, and the type of heart attack that virtually all cardiac diagnostic tools are designed to detect in (white, middle-aged) men.

If physicians are not able or willing to correctly classify women’s heart attacks, little will change when it comes to under-diagnosing women compared to our male counterparts.   According to another Yale study published last year in the Journal of the American College of Cardiology, for example, it seems that we’ve made little progress in reducing heart attacks among young women – despite national campaigns designed to increase heart disease awareness and prevention.(2)

“In Class 3 non-obstructive heart attacks, we suspect other mechanisms explain the myocardial infarction (MI), like microvascular disease or vasospasm that is not captured at the time of cardiac catheterization. The catheterization may also lack sensitivity for micro-dissections or spontaneous resolution of a thrombus (clot), sometimes seen, sometimes not.

“Our abilities to diagnose these other vascular causes is limited. We are evaluating women with chest pain syndromes (and MI) who have normal coronary arteries on catheterization with PET scan, assessing coronary flow reserve – an indicator of microvascular dysfunction.

“Vasospasm is very difficult to diagnose and may occasionally warrant a trial of therapy based on a physician’s educated best guess.”

For the first time, the VIRGO taxonomy represents a new way for physicians to rethink heart attack classification – especially in younger women who are more likely to be under-diagnosed compared to our male counterparts.

In my own opinion as a dull-witted heart attack survivor who was sent home from the E.R. misdiagnosed with acid reflux – despite textbook heart attack symptoms and “normal” diagnostic test results, the issue remains: how long will it take for this new way of assessing young women’s heart attacks to trickle down to other cardiologists and the E.R. gatekeepers out there in the real world?

When I asked Dr. Spatz this question, she answered that this VIRGO taxonomy was built on the scenario of women being sent to the cardiac cath lab for an angiogram when they present to hospital with suspicious cardiac symptoms. And that’s quite an assumption!

“First, we have to hope that women with typical or atypical presentations of MI are being appropriately triaged in the E.R. to catheterization. If the cath (or stress test in the case of non-MI chest pain) is ‘normal’, the reflex to diagnose as ‘non-cardiac’ needs to be revisited.

“Women who are having chest pain syndromes but with ‘normal’ coronary arteries (a scenario that we know is associated with poor health outcomes) may have other vascular disease, triggers of vascular instability and such.

“We need to be alert to these, discuss the limitations of the science on treatment to date, and work with women to diagnose and improve their symptoms – and hopefully their outcomes.

“I am hopeful that in the future, our diagnostic capability to understand mechanisms of symptoms and disease will advance.

“Meanwhile, the VIRGO taxonomy gives a way for researchers and clinicians to communicate and share insights, and to identify appropriate people for research studies.”

*This study is based on data from a large study called VIRGO, or Variation in Recovery: Role of Gender Outcomes on Young AMI Patients. VIRGO is the largest prospective observational study of young and middle-aged women and men diagnosed with acute myocardial infarction (AMI, or heart attack). Researchers studied AMI patients aged 18 to 55 years of age from a large, diverse network of 103 hospitals in the United States, 24 in Spain and 3 in Australia from 2008 to 2012. Led by principal investigator Dr. Harlan M. Krumholz at Yale, researchers looked at a number of important issues in this study, including:

♥  Need a translator for some of these cardiology terms?  Visit my Heart Sisters patient-friendly, no-jargon glossary.

NOTE: Comments in response to this post are now closed. I am not a physician so cannot offer a medical opinion on your symptoms. Please consult your physician if you have specific questions about your health.

Slow-onset heart attack: the trickster that fools us

21 thoughts on “What kind of heart attacks do young women have?”