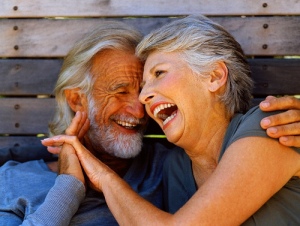 There’s a touchy topic that many doctors apparently don’t want to bring up with their heart patients  – particularly with their female patients.

A study reported in Washington, DC at the annual Scientific Sessions of the American Heart Association found that fewer than 20% of women had a talk about sex with their physicians during the first year following their heart attacks – half the rate reported by male heart attack survivors.

This is significant, because sexual activity declines in the year following a heart attack for patients who do not receive specific advice on this topic from their doctors, the study showed. And fewer than half of all patients questioned in this study reported receiving any guidance on sexual activity – with women even less likely than men to get such information.

“Whether or not patients remembered receiving discharge instructions about sex at the time they left the hospital is a major contributor to whether or not they maintained their sexual activity a year after their heart attack,” lead researcher Dr. Stacy Tessler Lindau of the University of Chicago explained in an interview with Heartwire.

“Simply adding to the list of hospital discharge instructions the fact that sexual activity is an important part of life for people who have had a heart attack – and when it’s okay to resume it –  could have an important impact on outcomes.”

Even while still recovering from a cardiac event in hospital, only about half the men (46.3%) and one third of women studied (34.5%) reported receiving hospital discharge instructions about resuming an active sex life.

This lack of instruction from their their health care providers clearly resulted in reduced sexual activity. One year after their heart attacks, the majority of men (67.7%) but fewer than half of the women (40.6%) reported resuming their previous levels of sexual activity.

This is both unfortunate and unnecessary.  According to the Heart and Stroke Foundation of Canada:

“It’s normal to feel anxious or uncertain about resuming sexual activity after your heart attack, heart surgery or if you have a heart condition.

“If you are concerned that sexual activity may bring on a heart attack, you should know that it occurs very rarely. Sexual activity is not as demanding on your heart as you may think. In fact, if you can easily walk up two flights of stairs or walk briskly, your heart can meet the demands of sexual activity.

“Most people can usually resume sexual activity within 2-3 weeks of coming home from the hospital. Some medications, however, may reduce your sex drive. Talk to your doctor about any questions or concerns you may have.”

Reports from Harvard Medical School help to explain how a heart disease diagnosis can in itself affect a couple’s sexual relationship. Obstructive plaque deposits inside coronary arteries can extend to arteries throughout the body. They are a leading cause of erection problems in men (one reason why heart disease and erectile dysfunction often occur together), and can also contribute to arousal difficulties in women.

High blood pressure creates other problems, by damaging the inner lining of arteries and impeding blood flow to the penis and the vagina. Making matters worse, some blood pressure medications can also cause erection problems.

Engaging in regular physical activity — which helps lower blood pressure and improves blood flow throughout the body — may not only help improve your heart health but may also improve sexual functioning. If a blood pressure medication is contributing to your sexual problems, switching to a different drug may help.

Cardiologists at the Cleveland Clinic, widely considered to be the #1 heart institute in North America, suggest exercising some caution in bed for the first six to eight weeks post-op. If you’ve had open heart surgery, for example, try using positions which limit pressure or weight on the breastbone or tension on the arms and chest. In addition:

Dr. Lindau’s research team found that physicians are reluctant to discuss sex with patients who are older, aren’t married, or belong to a conservative religious group. He adds:

“But in the case of sexuality, stereotypes don’t work. Older patients may not be married but might still have an intimate romantic partner. Doctors need to bring up the subject because not raising the question of sexuality leaves the door closed.”

Previous research in this field has shown that women doctors and younger physicians are significantly better at routinely talking to their patients about sex than older and male physicians are, says Lindau.

If you’re a heart attack survivor whose physician has not yet brought up this important topic during your post-op office visits, be pro-active and ask specifically about it yourself.

Read more about this study.

Recommendations from a report published in the journal Circulation include:

The statement also notes that sexual activity with one’s usual partner is roughly equivalent to mild or moderate physical activity at 3 to 5 metabolic equivalents (METs).

Brazilian researchers led by Dr. Claudio Gil Soares de Araújo reviewed over 150 studies that allowed them to dismiss several myths regarding sex after a heart attack. Dr. Araújo concluded that physicians should offer all new heart patients advice on resuming sexual activities in the same way they counsel patients about going back to work or enrolling in an exercised program.

Writing in the Canadian Journal of Cardiology, Professor Araújo said:

“Kissing and touching should be a component of positive sexual behaviours toward a healthier sexual life, and should be recommended for virtually all heart patients regardless of sexual orientation. Often considered ‘taboo’, an objective discussion of sexual behavior in heart disease has often been put aside. Healthcare providers must break this vicious cycle.”

See also: Why Taking a Shower is so Exhausting for Heart Attack Survivors