We were sitting around with friends and family recently over some very nice red wine when our friend Noel asked a question about my weekly Toastmasters meetings, and specifically about whether I thought there are some people who simply never learn to feel comfortable speaking in public even after Toastmasters training. After a moment’s contemplation, I replied to Noel:

“I can’t really say – because those who actually feel too uncomfortable probably just stop attending after a while. But the ones who stay seem pretty happy!”

It turns out that what I was describing is essentially what’s known as survivorship bias.*

This concept helps explain why you get happy longtime Toastmasters members like me (ever since 1987, when I was just a tiny baby) who are busy high-fiving our fellow club members over the fabulousness of an international program built on improving speaking, listening and thinking skills.

Outside of our circle, however, there may indeed be many disgruntled ex-Toasties who don’t believe the program was at all useful for them.

But you’d never see that side, of course, if you sought out only people like me. That’s survivorship bias for you.

As described by the always intriguing David McRaney, author of the clever books You Are Not So Smart and his latest, You Are Now Less Dumb, survivorship bias refers to our tendency to focus on “survivors” instead of whatever you would call a non-survivor – like those lapsed Toastmasters members, for example, easily overlooked because of their current lack of visibility within the group.

Sometimes, as McRaney explains, this means we tend to focus on the living instead of the dead, or on winners instead of losers, or on successes instead of failures:

“It is easy to do. After any process that leaves behind survivors, the non-survivors are often removed from your view.

“If non-survivors become invisible, then naturally you will pay more attention to successes.

My friends in the breast cancer community report a similar reality. During Breast Cancer Awareness Month, the holy month of Pinktober, when the corporate world is awash with pink awareness ribbons, every run/walk/bake sale/fundraiser “for the cure” celebrates with unabashed glee the pink-clad participants who have heroically “beaten” their cancer.

But at the same time, the world’s attention is self-consciously diverted away from those who are not there because they’re either no longer well enough or no longer alive.

One survivor recently wrote about publicity campaigns that focus on awareness and screening campaigns while ignoring all those whose cancer treatment has not been successful:

“It is critical to recognize and respect the reality that the pink ribbon excludes the most important group of the breast cancer community – those with metastatic cancer.”

And as David McRaney warns:

“You must remind yourself that when you start to pick apart winners and losers, successes and failures, the living and dead, that by paying attention to one side of that equation, you are always neglecting the other.”

This preference for the positive can also support the false belief that those who succeed must clearly possess some uniquely superior qualities.

After author Barbara Ehrenreich was diagnosed with breast cancer, she described her own experience with this phenomenon in her essay in The Guardian called “Smile! You’ve Got Cancer”:

“The more fellow victims I discovered, the greater my sense of isolation grew.

“No one among the bloggers and book writers seemed to share my sense of outrage over the disease and the available treatments. What causes it and why is it so common, especially in industrialized societies? Why don’t we have treatments that distinguish between different forms of breast cancer, or between cancer cells and normal dividing cells?

“In the mainstream of breast cancer culture, there is very little anger, no mention of possible environmental causes, and few comments about the fact that, in all but the more advanced, metastasized cases, it is the ‘treatments’, not the disease, that cause the immediate illness and pain.

“In fact, the overall tone is almost universally upbeat.”

“The problem here is that you rarely take away from these inspirational figures advice on what not to do, on what you should avoid, and that’s because they don’t know.

Or as Google engineer Barnaby James once warned:

“Beware advice from the successful.” 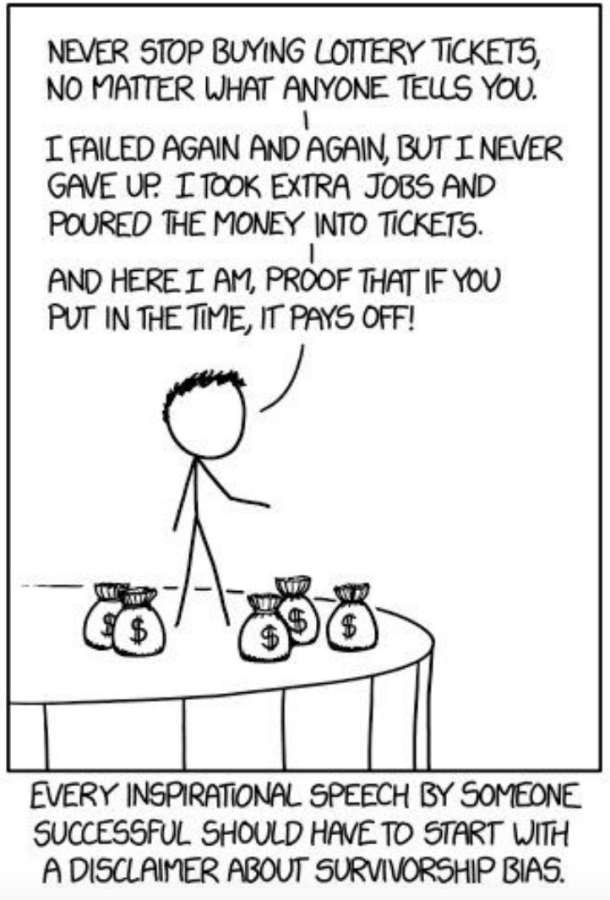 In the world of cardiovascular disease, a space I’ve become intimately familiar with since surviving a heart attack in 2008, we are duly inspired by tales of heroic survivors who overcome all odds in order to thrive despite a cardiac catastrophe.

These are the guys who successfully complete their first marathon shortly after leaping off the O.R. gurney following lifesaving quadruple bypass surgery, which they of course sail through with nary a complication. These are also the people whose terrifying cardiac events motivate them to quit smoking, drop 30 pounds, take up competitive swimming, become vegans and save the whales with evangelical zeal – all because they have, at last, learned the importance of “living life to the fullest” (and can we please stop saying that?)

Survivors like this are so inspirational!  Or are they? See also: Non-Inspirational Advice for Heart Patients.

When I first started my 3-month cardiac rehabilitation program post-heart attack, for example, I felt acutely dismayed – and not inspired at all! – while listening to one of my fellow rehab buddies who boasted to me (and to everybody within earshot) that he was not only already feeling amazingly fabulous, but he was also back at work and playing his best golf ever.

Back at work? Golfing? I could barely manage to somehow get myself down to the rehab gym twice a week, where I’d then have to hold onto the exercise bike for dear life. What was wrong with me? Why was I still experiencing these debilitating and ongoing cardiac symptoms, unable to either return to work or go golfing?

Well, okay, I’m not a golfer, but you get my drift . . . My fellow rehabbers’ heroic milestones made me feel worried and inadequate.

I’m guessing that when our cardiac rehab nurse was out telling her colleagues and funders about the program, she’s raving about that amazingly happy-working-golfing quadruple-bypass-surgery survivor, not about the middle-aged woman with distressing cardiac issues, still struggling just to keep up. Mine was just not that compelling a story.

Supporters and donors want to hear about inspiring  success stories of triumph over adversity.

And others who are somehow not able to bounce back as heroically get to feel guilty and embarrassed because they’re clearly “not doing it right”.

When I started writing about my own experience with debilitating post-heart attack depression here on Heart Sisters, I was gobsmacked by the immediate response from other heart attack survivors in the same boat. Even though, as Mayo Clinic experts tell us, up to half of survivors experience significant depression following a cardiac event, fewer than 10% are appropriately identified – and very few are actually talking about it.  See also: “I’m Not Depressed!” – and Other Ways We Deny the Stigma of Mental Illness After a Heart Attack

The trouble is this: you can often miss a lot of reality when you’re gripped in the giddy throes of survivorship bias.

*  I was duly inspired to ponder survivorship bias after reading this wonderful post on the Unquantified Self site.

NOTE FROM CAROLYN:  I wrote lots more about being a heart disease survivor in my new book for Johns Hopkins University Press called “A Woman’s Guide to Living with Heart Disease”.

17 thoughts on “Survivorship bias: when we focus only on success”