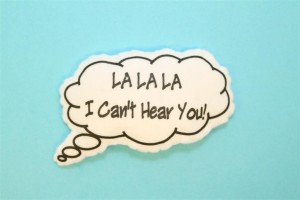 efore my heart attack, I spent almost two decades as a distance runner. Many of the elite marathoners I knew (and certainly the one I happened to live with!) obsessed mercilessly on every detail, every hill, every split time of every race, but not so much on the daily joys of just running itself. It was the destination, not the journey, that seemed to matter to so many of these elite athletes – especially during race season.

The members of my own running group could never be accused of being elite runners.

Our motto: “No course too short, no pace too slow.”  But over those decades, whenever my group was in training for a specific road race looming on the calendar, I could watch myself being somehow sucked into that seductive groupthink trap of running even when I was sick, running when I was injured, running because it’s Tuesday and Tuesdays meant hill work, running with an ankle or knee taped and hurting.

Getting to a more important destination (the race) became bigger to me than paying attention to those less important messages (don’t run today). In fact, I learned from other runners to deliberately mistrust whatever my lazy-ass self was trying to say.  I learned to ignore the messages my own body was sending me.

Every recreational athlete knows that our bodies are sometimes in full combat mode against our minds, dueling over which potential excuse might succeed in avoiding today’s workout: it’s too rainy, it’s too windy, it’s too hot, it’s too cold, it’s too early, it’s too late, I’m too hungry, I’m too full, I’m too tired, I’m too busy, I think I feel a cold coming on . . .

In fact, I now sometimes wonder if that inborn determination to ignore the body’s signals really kicked into gear eight years ago leading up to my hospitalization for a “widow maker” heart attack. Two full weeks before I heard the words “You have significant heart disease” from a cardiologist in the E.R, another man with the letters M.D. after his name had sent me home from the same unit, misdiagnosed with acid reflux despite presenting with textbook heart attack symptoms.

Feeling terribly embarrassed for having made a big fuss over nothing, I went home that morning to endure increasingly debilitating cardiac symptoms, day after day after day.

But there was no way I was going back to that E.R. only to embarrass myself again – until finally, no longer able to bear those symptoms, I dragged myself (still worried I was yet again making a needless fuss) back to that same E.R. to beg for help.

When I do presentations now about women’s heart health, I offer my heart attack story of misdiagnosis, denial and delay as a cautionary tale. In other words, I plead with my audiences not to be like me:

It turns out that my own story is a classic example of what Oregon researchers found when they studied women’s “treatment-seeking delay behaviour“ in mid-heart attack. Their important study identified six specific types of this deliberate and potentially deadly delay between the onset of symptoms and the ultimate decision to seek medical help(1). Yes, even when women endure significant cardiac symptoms, we tend to ignore the messages that our bodies are sending us.

In fact, ignoring cardiac symptoms is so common in women during a heart attack that many researchers have devoted years to studying the phenomenon!

A study published in the Journal of Cardiovascular Nursing also looked at this treatment-seeking delay behaviour among female heart attack survivors. University of Arkansas researchers found that women often underestimated the seriousness of their situation (particularly when experiencing vague or atypical cardiac symptoms) and expressed “beliefs of low self-perceived vulnerability to heart attack.”

In other words, heart attacks happen to other people (i.e. men) and not to me.(2)

An Australian/American study also identified similar reasons that we delay seeking treatment while ignoring heart attack symptoms.(3)  Both the Australian and North American heart patients studied (about 1/3 of those were female, mean age 60) had a number of factors in common associated with ignoring symptoms, including:

All of us have had some experience with feeling sick.  Most of the time, we can shrug it off and with a little “tincture of time”, the sickness or the pain or the symptom somehow goes away without any further  problems.

I compare this common experience to hearing a weird click/squeal/ping sound coming from a car engine, the kind that seems to vanish nicely as soon as we pull the car into the repair shop. Few of us rush immediately to the doctor – or to the mechanic – as we engage in a bit of wishful thinking while waiting to see if the pain or the pings will go away on their own.

However, just like our vehicles, our body’s aches and pains sometimes do get worse over time – or, as in my case, signal a much larger underlying cardiac crisis.

Here are some of the most common warning signs women have reported after surviving a heart attack:

If you experience any of these symptoms, particularly if they feel very unusual for you,  call your doctor or 911 immediately. For even more specific examples of heart attack symptoms – particularly for women – read Am I Having A Heart Attack?

We know now that women report unusual or atypical heart attack symptoms more often than men do.  But in my own case, I was one of those Hollywood heart attack people!  Women attending my heart health presentation audiences often ask me now why I waited those two fateful weeks to seek medical help, despite suffering truly dreadful and worsening classic symptoms like central chest pain, nausea, sweating, and pain radiating down my left arm.

Although the excuse seems crazy now, at the time I was busy “normalizing“ my symptoms each day.  This was, I kept telling myself, simply what acid reflux must feel like.

When symptoms hit, I learned to stop what I was doing and stay motionless for 20 minutes or so until they began to ease up. But towards the end of that fateful two-week period, I was no longer able to walk more than five feet without needing to stop because of the pain.  And even though at some level I knew that pain in my chest that radiates down my left arm is most certainly NOT a symptom of acid reflux, denial allowed me to somehow dismiss the reality of pretty obvious cardiac symptoms.

So I kept popping Gaviscon and Tums while cursing this damned indigestion that seemed to be getting worse and worse by the hour.  But during those two weeks, I also continued to walk, talk, go to work, make decisions, drive the car, meet friends for dinner, and I even flew halfway across the country to help celebrate my mother’s 80th birthday.

In short, I just kept on keeping on, the way runners do when facing a steep hill or a snowstorm or shin splints or a killer headache. You just run through it.

Run through the pain. Keep on going – as I learned to do while training for my first half-marathon race.

But learning to ignore those sneaky little lazy-ass messages that are trying to keep us from our next run, ride or workout just might be the slippery slope in ignoring very real messages the body is trying desperately to send us one day.

(1)  Rosenfeld A, Lindauer A, Darney B. “Understanding Treatment-Seeking Delay in Women with Acute Myocardial Infarction: Descriptions of Decision-Making Patterns.”  Am J Crit Care July 2005 vol. 14 no. 4 285-293.

NOTE FROM CAROLYN:  I wrote more on women’s treatment-seeking delay behaviours in my book, “A Woman’s Guide to Living with Heart Disease”. You can ask for it at your local bookshop, or order it online (paperback, hardcover or e-book) at Amazon, or order it directly from my publisher, Johns Hopkins University Press (use their code HTWN to save 20% off the list price).

On being a (former) runner (my essay in Runner’s World)

How to communicate your heart symptoms to your doctor

Q:  Have you tried to ignore serious medical symptoms – at your peril?

14 thoughts on “Why we ignore serious symptoms”