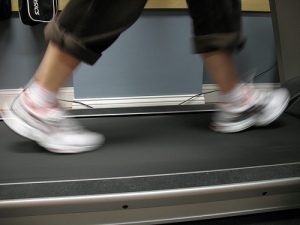 But when I did a 4-month stint at cardiac rehabilitation after my own heart attack, I was vastly outnumbered by male participants, and was also one of the youngest in the group by at least two decades. Where did all the women go?

I subsequently learned that only 20% of all patients entering structured rehabilitation programs are women, despite the fact that we experience almost half of all cardiac events.

In fact, men are twice as likely to be referred for cardiac rehab by their physicians. Cardiac rehab attendance is only possible when physicians actually refer their heart patients to rehab. Yet referral rates remain shockingly low – estimated at only 20% of all eligible patients. See also: Failure to refer: why are doctors ignoring cardiac rehab?

Many women who are referred tend to become rehab dropouts. And even if they do eventually complete the full program, their attendance throughout tends to be sporadic compared to male participants.

Dr. Chris Blanchard is a health psychologist at Dalhousie University in Halifax who studied 1,200 Maritimers to figure out why women are up to 30% more likely to quit these programs than men.

Out of a typical 20-session cardiac rehab program, Dr. Blanchard found that men will attend 80% of sessions, compared to women who will show up only 50-60% of the time. If these sessions are home-based, male adherence stays at around 80%, but that of women plummets to 30%.

Here are some reasons that Dr. Blanchard and other experts have come up with to explain this:

No matter what reason women may have for not taking advantage of rehab programs they know will save lives, consider once more that men are twice as likely to be referred by physicians in the first place despite similar clinical profiles compared to women.

Many hospitals have now implemented automatic referrals to cardiac rehab to address this failing of the medical profession.

Patients are more likely to participate in cardiac rehabilitation programs when they are:

Patients are less likely to participate in cardiac rehabilitation programs when they:

Learn more about cardiac rehabilitation from the Heart and Stroke Foundation.

NOTE FROM CAROLYN:   I wrote much more about the cardiac rehabilitation and other proven ways to help avoid a future cardiac event in my book, “A Woman’s Guide to Living with Heart Disease”. You can ask for it at your local library or favourite bookshop, or order it online (paperback, hardcover or e-book) at Amazon, or order it directly from my publisher, Johns Hopkins University Press (use their code HTWN to save 20% off the list price).

Do we need to change the name of cardiac rehab?

Failure to refer: why are doctors ignoring cardiac rehab?

Survivorship bias: When we focus only on success

Why your heart needs work – not rest! – after a heart attack

Returning to Exercise (and Training) After Heart Surgery (THE best and most comprehensive overview on this topic I’ve seen yet, written by cardiologist and triathlete Dr. Larry Creswell; especially useful for heart patients who have been regular exercisers before their cardiac event and are wondering how to safely resume their routine)

24 thoughts on “Why aren’t female heart attack survivors showing up for cardiac rehab?”